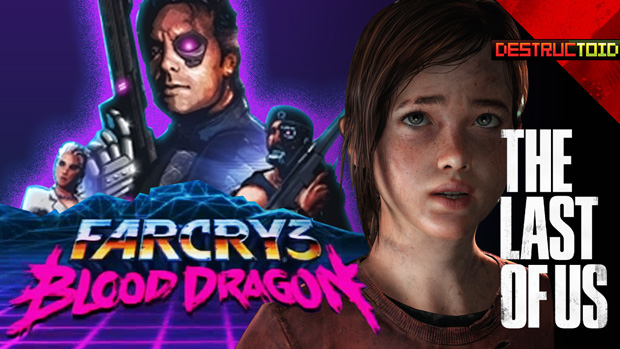 The Destructoid Show gets seriously serious.

Well kids, it looks as though The Destructoid Show missed April Fool’s Day, which is a bummer, but hey, here’s a totally normal episode that isn’t themed or anything.

Well, for starters, Grand Theft Auto V‘s box art has been revealed. It looks like you’d expect. Ubisoft’s up to something more than an April Fool’s joke with this mysterious Far Cry 3: Blood Dragon game that’s starting to generate some buzz. The Last Of Us has a new trailer, Day Z might come to consoles, and The War Z has had a security breach. Finally, the Ouya’s launch lineup has been announced.