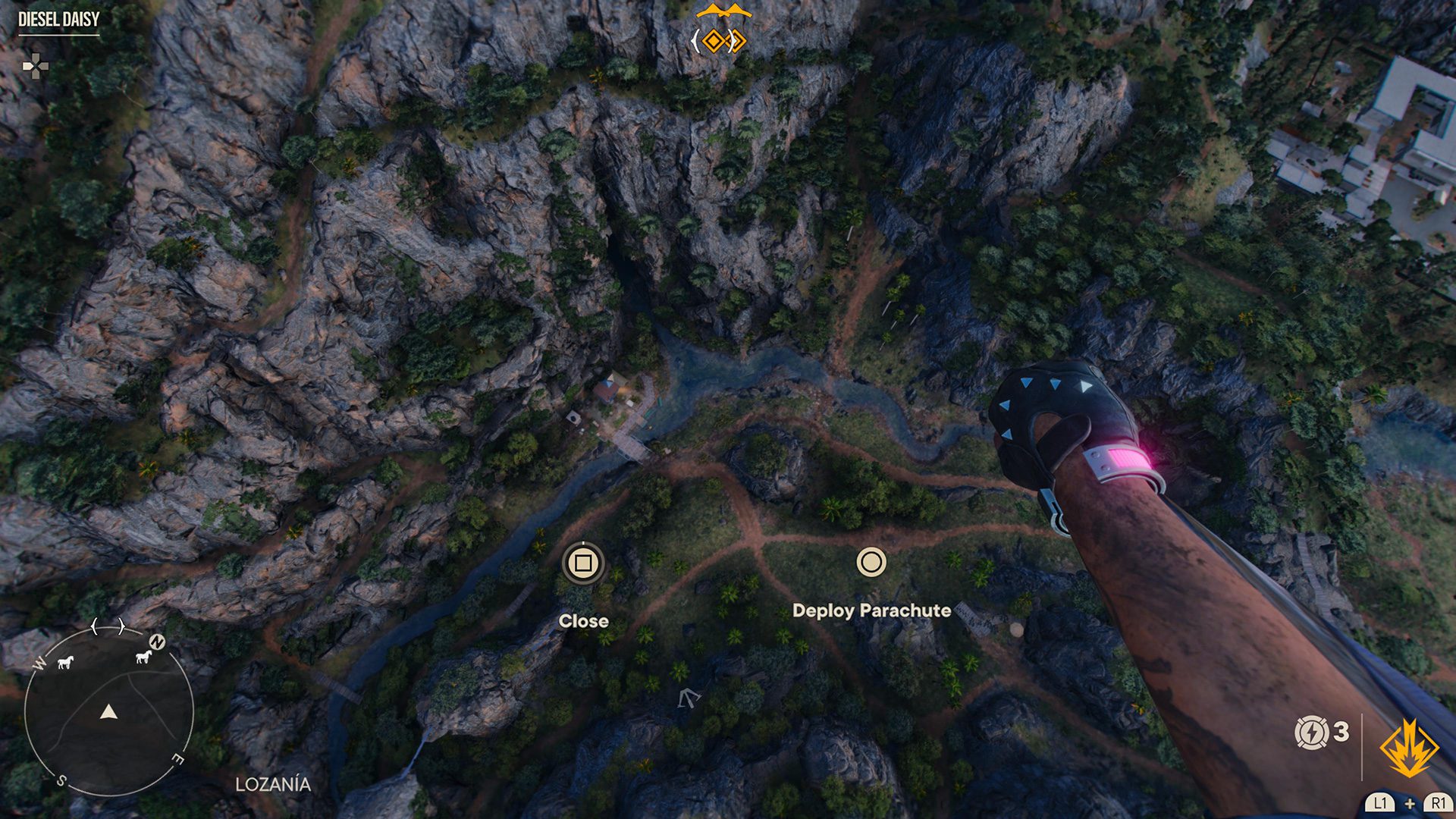 There are six potential buildings to spend resources on, and you can have two per camp

Far Cry 6 is a huge game to just finish, much less fully exhaust, and there’s one early-game tip that’ll save you a lot of time in the long run. When you have the ability (and resources) to build a guerrilla camp upgrade, you’ll have six choices, and one of them, the Hideout Network, is by far the best first pick. That’s it. That’s the tip! But I can elaborate.

After wrapping up the introductory island of Isla Santuario (a couple of hours into the story, if that), you’ll reach the main landmass of Yara, a tropical not-quite paradise.

As the game blatantly spells out in Far Cry terms, there are three main regions of Yara — Madrugada, Valle de Oro, and El Este — that correspond to factions you’ll need to recruit for your regime-wrecking cause. You can tackle them in any order. Here’s the west: 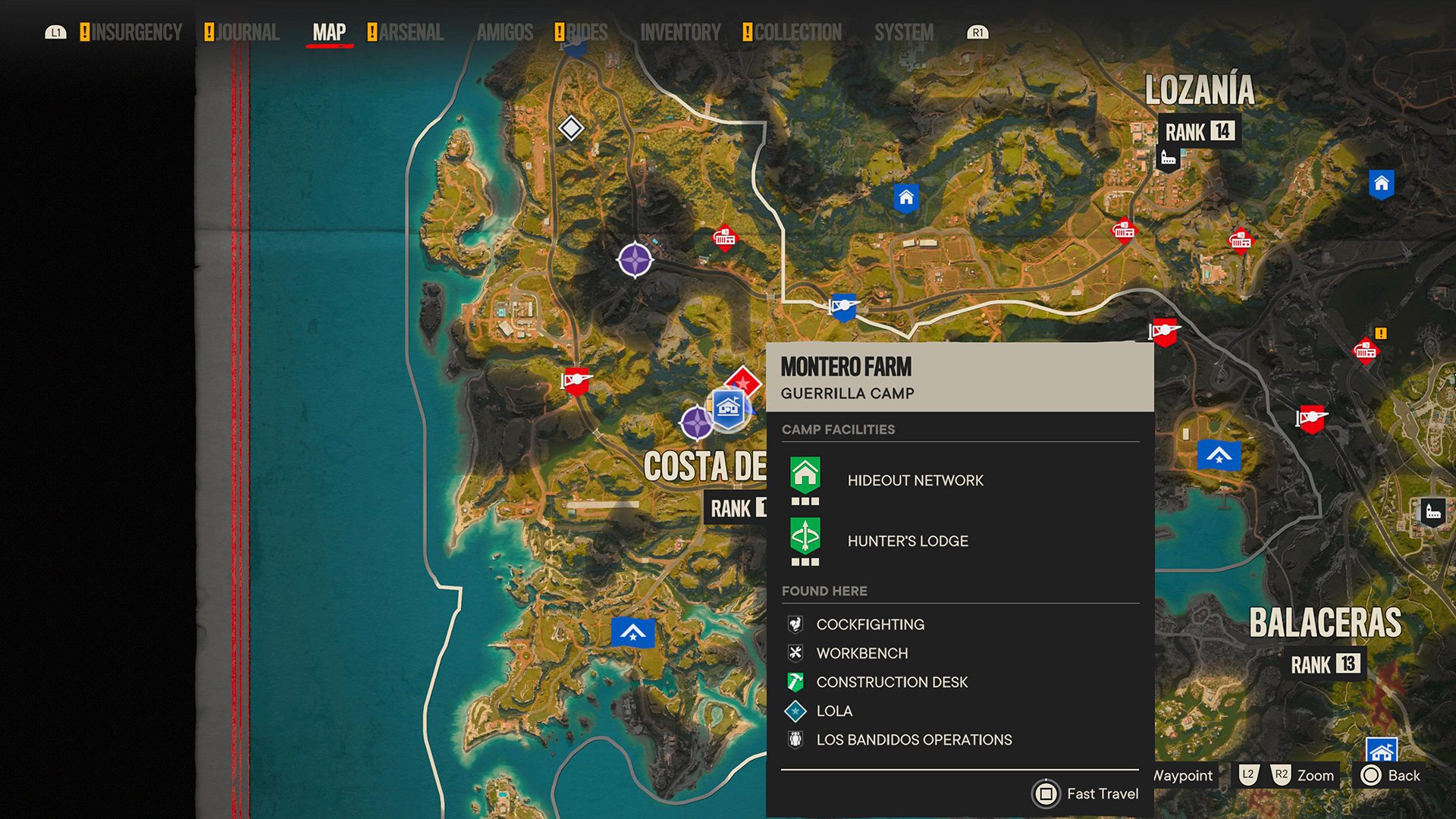 Each zone has its own camp, and once you accumulate enough stuff that’s just laying around near points of interest on the map — medicine, gasoline, metal, etc. — you’ll be able to afford a new building. There are six buildings (two for each camp), and you can eventually have them all, but your first choice carries a lot of weight. Potentially.

These upgrades unlock little bonuses and, in some cases, gameplay features. Much of it feels unsubstantial, but you won’t necessarily know that just from the descriptions. 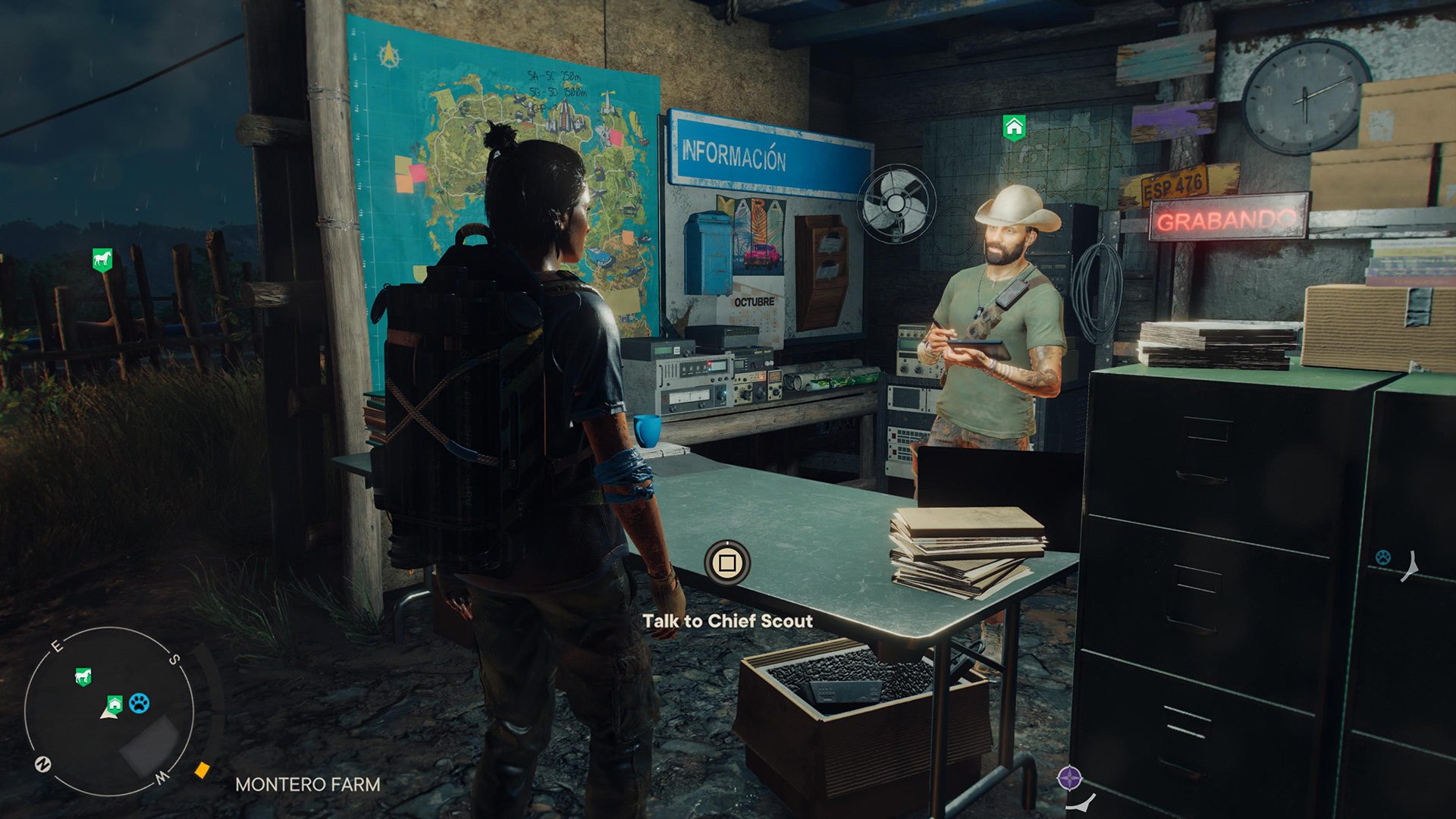 The reason you’ll (likely) want the Hideout Network first: it unlocks the wingsuit and the ability to air drop from fast-travel locations. That’s quite the one-two punch. In essence, you can pull up the map, hover over a safe (cleared-out) icon, warp in from the sky, and fly to distant as-yet-uncovered locations with your wingsuit. We don’t need roads! 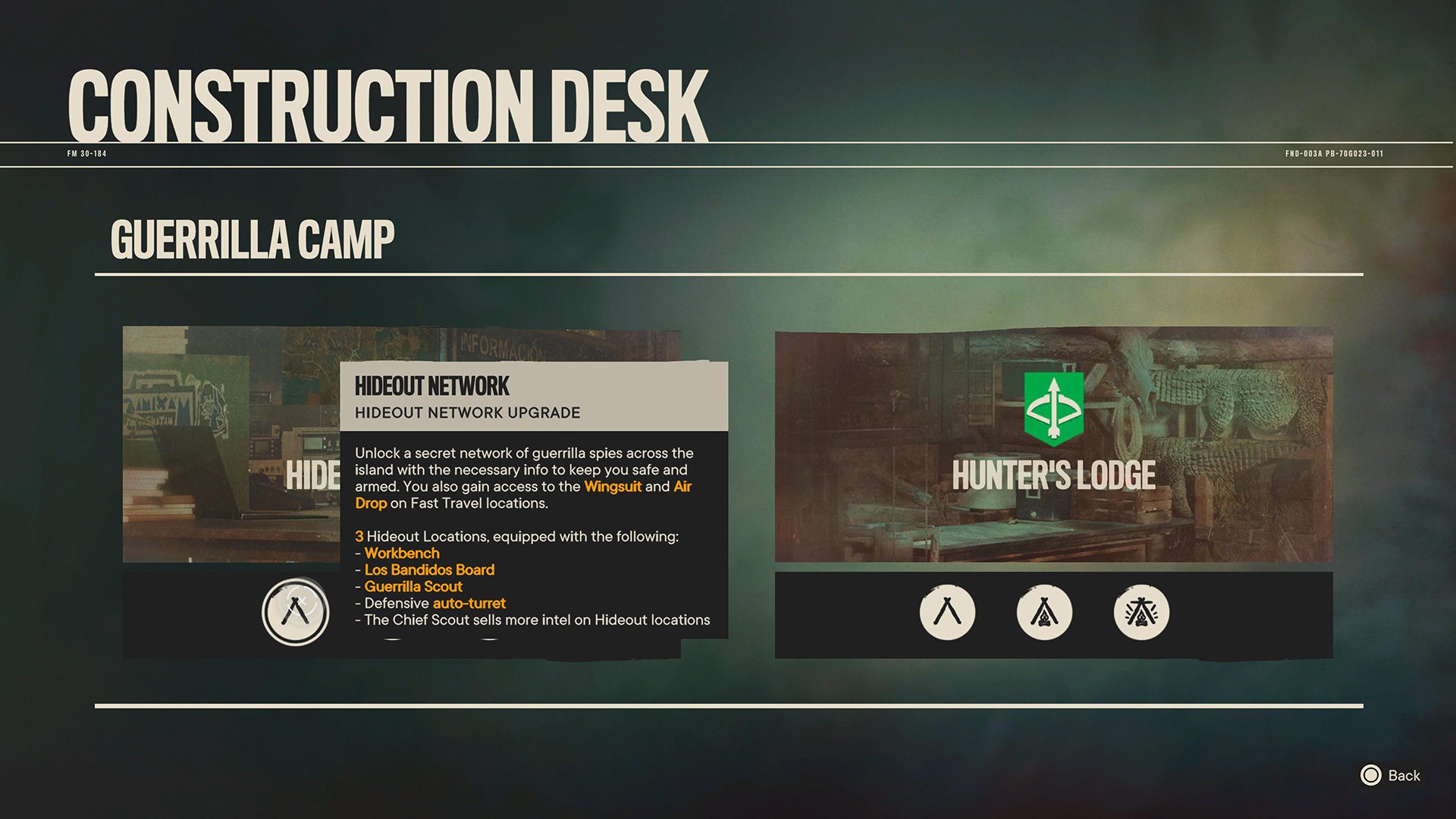 Now, there are some caveats: namely, you can’t do an air drop if there’s an anti-air site in the vicinity, which Far Cry 6 will openly tell you about; anti-air cannons blot out a small but not-insignificant circle on the map. That said, since these AA sites are named locations that you’re meant to check off — one good explosion is all you need — it’s not a big deal.

As for the five other guerrilla camp upgrades, the next best one is debatable. I went with the Hunter’s Lodge (because I wanted a bow and I actually like hunting animals in Far Cry games), but you might prefer the Bandidos Barracks (which will help with a send-the-AI-to-gather-resources side activity). Other upgrades, like the Fishing Hut (which makes fishing less of a hassle) and La Cantina (which lets you cook meals using meat to gain buffs) can wait. Before those, you may want the Guerrilla Garrison upgrade if you’re hurting for weapons, but I honestly made it through the whole story without buying any.

Worth noting: each camp building has three tiers, and they’re expensive to max out.

For instance, the final tier of the Hunter’s Lodge lets you “hunt” animals with fire, bullets, or explosives without damaging the meat. (The Fishing Hut has a similar third tier.) 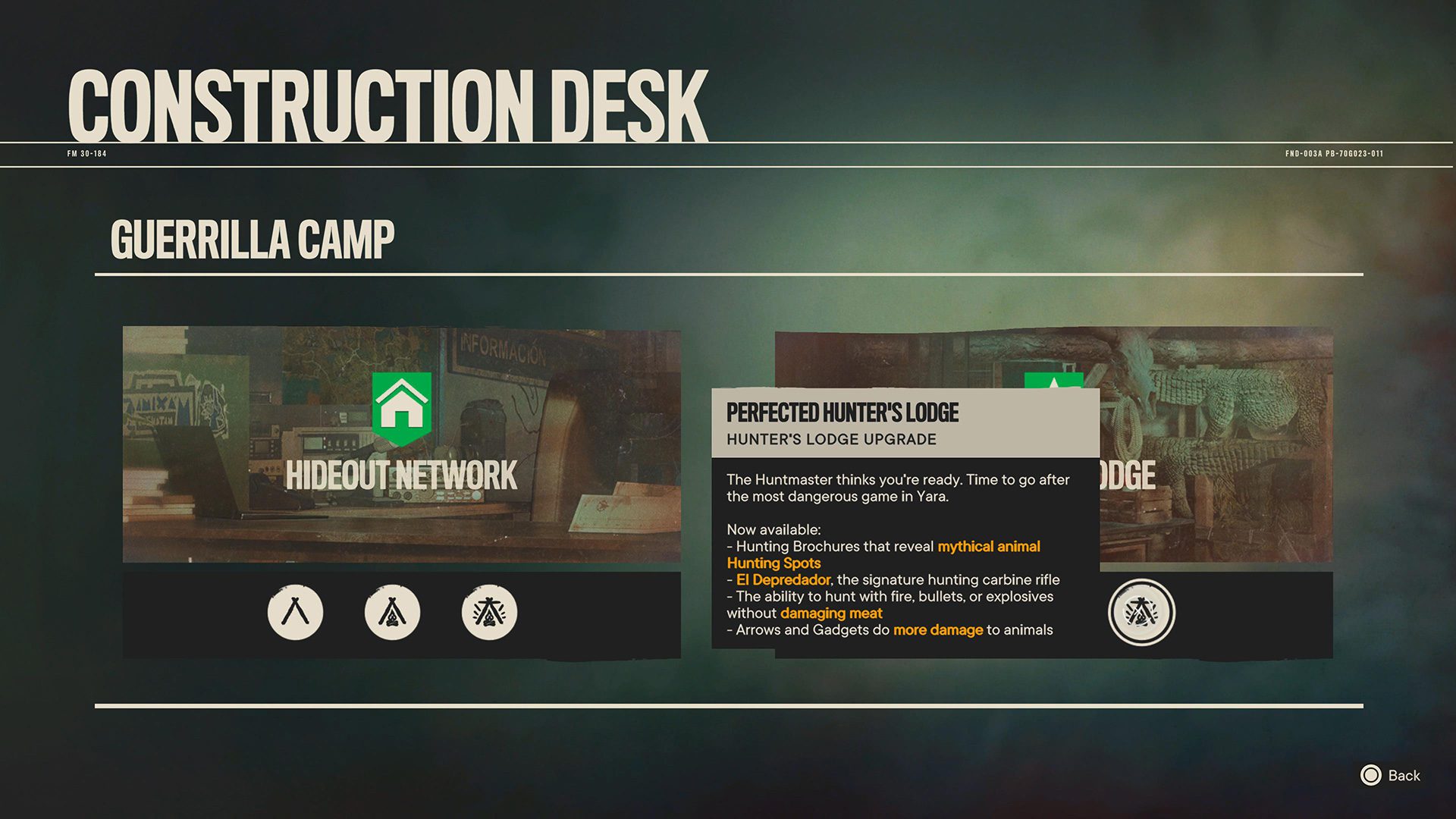 Another example: a maxed-out Bandidos Barracks will help you stock up on recruits for the Los Bandidos resource-gathering activity (it’s a text adventure) and improve your odds of success when assigning them multiple-choice tasks. It’s not fun, but it adds up. 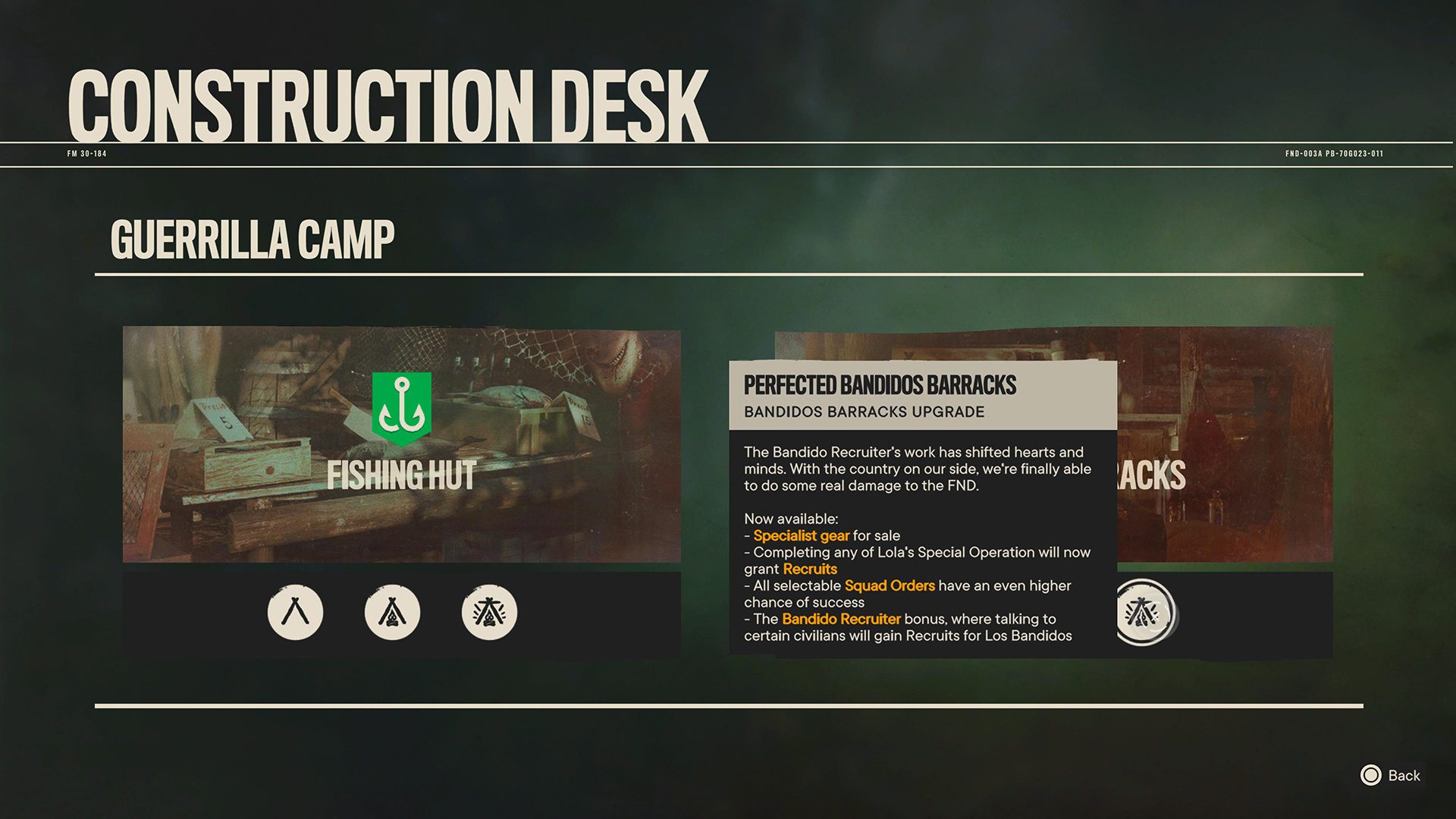 If you’ve played a modern Far Cry before — especially Far Cry 5 and Far Cry New Dawn — you likely won’t need any of these pointers. It’s pretty intuitive. But I definitely hesitated before settling on my first new camp building, and would’ve liked to be reassured.

So here you go: pick the Hideout Network first and forget about the rest until your stockpile of building resources is overflowing. The rest felt fairly low-stakes to me.

I shudder to think about how much time the air drops and wingsuit saved in Far Cry 6. 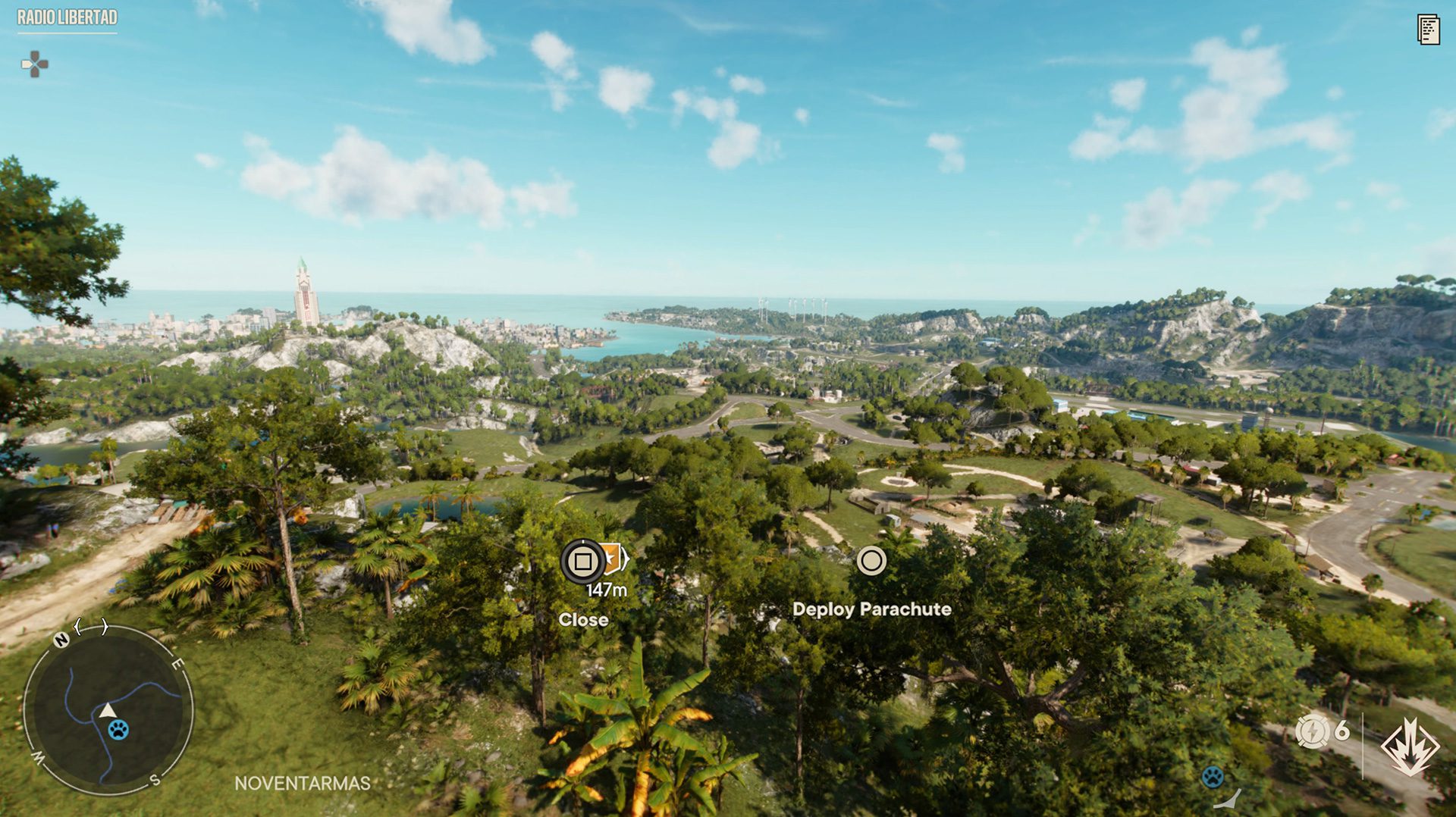