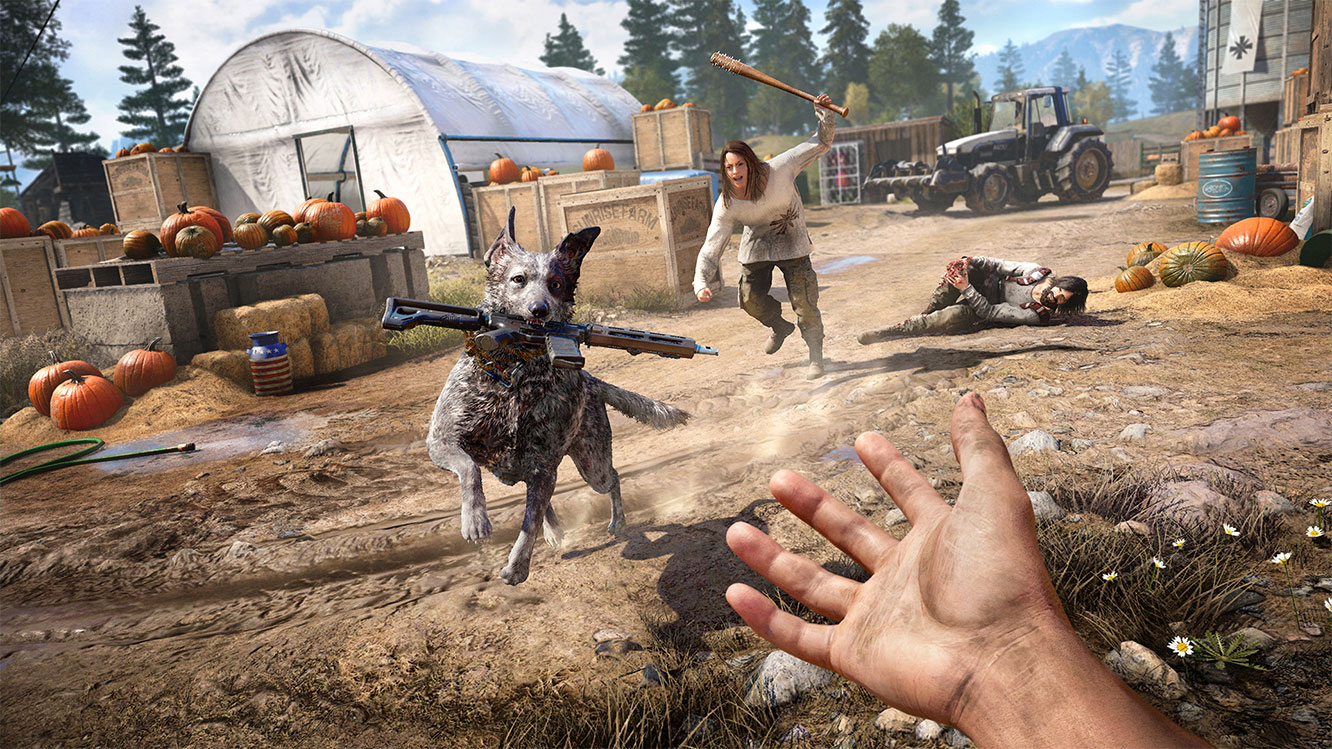 The gameplay left me feeling ambivalent at E3

“Have you played Far Cry before?”

That was the first thing a Ubisoft rep asked me behind closed doors as I picked up a controller, selected a gun-fetching dog as my companion, and waited to load into Hope County, Montana.

“Most of them,” I said, before attempting to tally them up one by one.

“Wait, actually, what was the last one? Was it Primal? Yeah. I’ve played them all.”

It’s easy to forget. From Far Cry 3 on, everything blurs together in my mind. It’s really just the individual stories and settings that spark my memories, not the running, gunning, hunting, and outpost clearing that make up so much of our time in these worlds. Far Cry 5 will be the same way for me.

The content of this trailer from Ubisoft’s press conference is what I played at E3, albeit at a more drawn-out pace and without the silly performative shooting in time with music. I was free to roam, but the demo had a way of subconsciously funneling me right to the next gameplay beat. I climbed a water tower overlooking a town-street outpost (I didn’t realize it was one until I had cleared it), got intel from a bartender, drove a truck, and eventually flew a plane for a bombing run and an aerial dogfight.

It played like Far Cry all right. Safe, comfortable, easy-to-fall-into Far Cry. And while that’s what I was expecting — Ubisoft has this slice-of-game thing down pat for its open-world games — I can’t help but be disappointed by the demo. It wasn’t enough. From the outside looking in, the cathartic opportunity to dismantle a cult of America-first religious zealots will be the real reason to play, but I didn’t get a sense of that facet at E3. The jury’s still out on whether Ubisoft can see this narrative through.

I did go fishing, though. That was amusing. I wrestled with a catch for what felt like minutes before the line snapped in the final, crucial seconds. “Must’ve been a real big one,” said the rep.

If and when I play Far Cry 5, which will probably be months after its launch early next year, I know what my first order of business will be: to catch that dang mystery fish. The cult can wait.