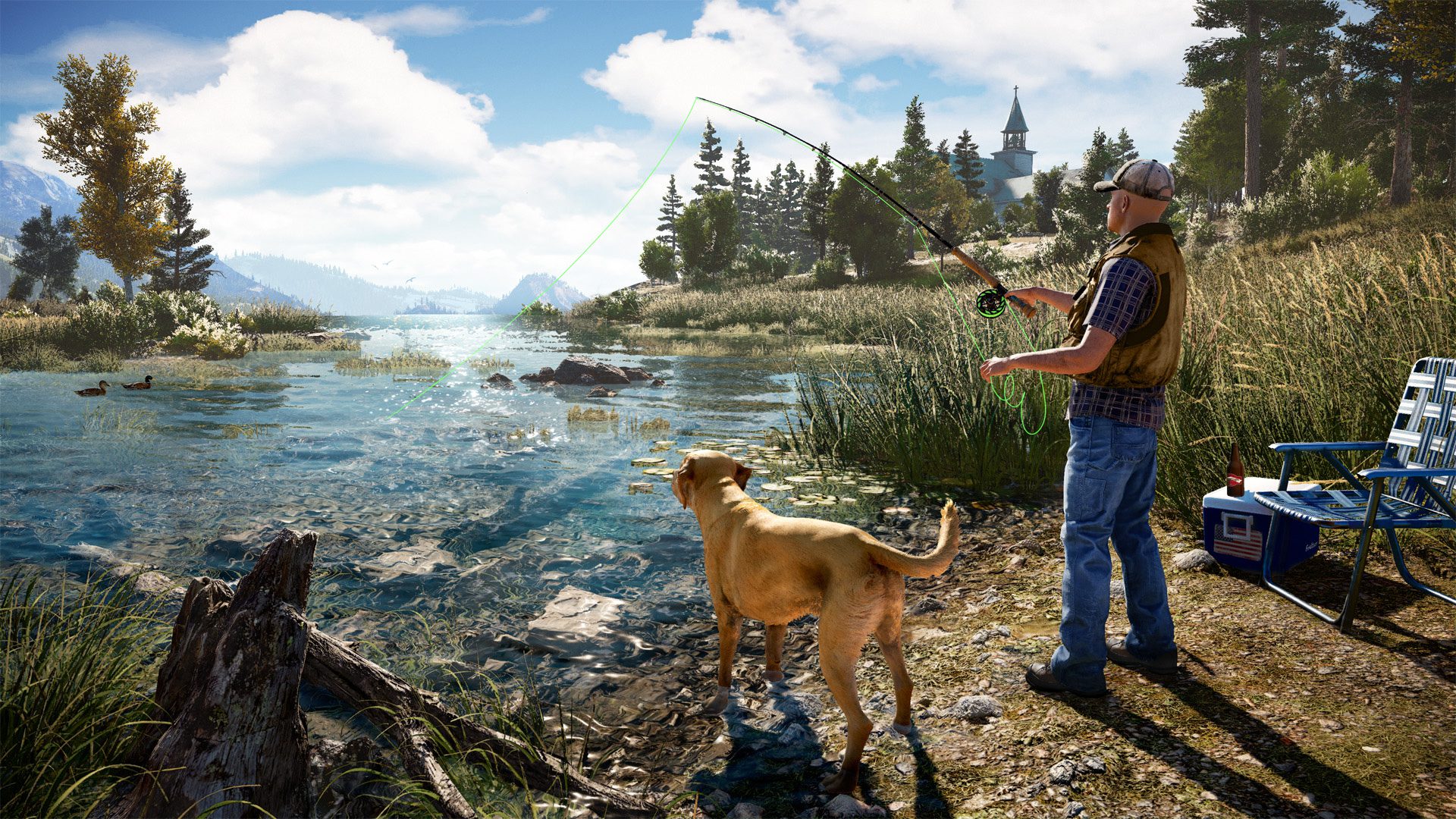 Unlike some of its other recent freebies, Ubisoft isn’t outright giving Far Cry 5 away (it’s too big of a cash cow), but the full game is free to play for the weekend on PC. You can pre-load it now from Uplay and become one with nature from May 29 at 6:00 a.m. Pacific until May 31 at 11:00 a.m. Pacific.

That’s probably not enough time to finish the story – it’s about 20 hours, give or take – but I’m not the boss of you. Maybe you don’t have anything else going on this weekend and you can go all-in on FC5.

Aside from annoyances with regularly scheduled forced boss encounters, which was about as universal a criticism as they come, I adored Far Cry 5. It might even be my favorite game in the series.

The Montana wilderness ended up being a surprisingly compelling setting (always a plus in a sprawling open-world Ubisoft game that’s begging for 100 percent completion), and the soundtrack – especially the chill loading screen music – was heavenly bliss. I’ve since come around on the bold ending, too. Despite in-game nods and winks, it gave me whiplash initially, but it’s since settled into place.

I don’t know the last time I’ve considered replaying a modern Ubisoft game. The first playthrough is generally more than enough for one lifetime. But if I was going to start fresh – if I was going to undo my pain-staking map progress and enjoy the journey for what it is – I’d probably play Far Cry 5 again.

The real question is, who’s the best companion? I never leave home without Peaches the mountain lion.