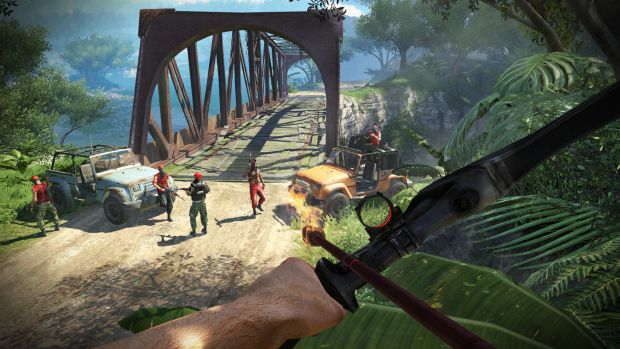 Far Cry 3 was one of the darlings of the gaming world in 2012 and, according to lead writer Jeffrey Yohalem, Ubisoft plans to capitalize on its popularity.

In an interview with Joystiq, Yohalem said “”Yes,” I’m working on something now that will be surprising, I think, when it’s announced. But it definitely is a ‘strike while the iron’s hot’ thing, and we’ll see.”

One of the possibilities for this content may be a new downloadable title called Far Cry 3: Blood Dragon, as a game by that name has been registered in Brazil. Some DLC wouldn’t necessarily be surprising, but an entirely new game would certainly fit the bill.

However, it’s not as if Ubisoft has stopped supporting Far Cry 3. They just released a large patch to add many features that were requested by players.