I could go for playing it again

An entire game is a nice way to spice up a season pass.

Announced this morning, Ubisoft is bundling in the Far Cry 3 Classic Edition with the Far Cry 5 season pass (and four weeks early) on the PC, PS4, and Xbox One platforms. It seems pretty simple — you can get it as a separate download for free, and it appears as if it doesn’t have any major upgrades in the realm of a remake or remaster. The season pass also includes “Hour of Darkness” (Vietnam), “Dead Living Zombies” (zombies, duh), and “Lost on Mars” (space) side stories.

Far Cry 3 is one of those open world games that helped define the “Ubisoft radio tower jumbled map” formula that they’ve used time and time again, but the setting is just so great that I can dive back into it on a regular basis. 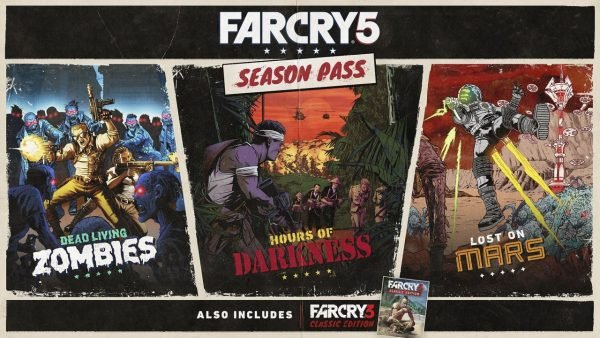