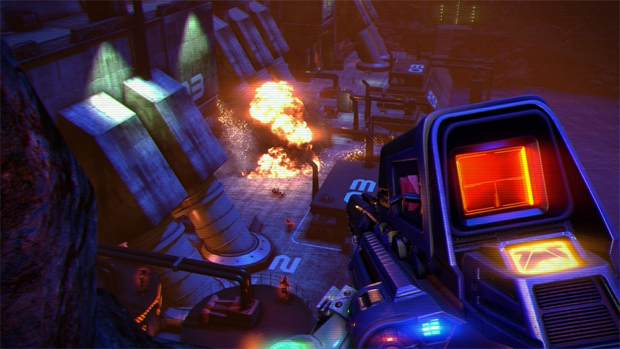 Far Cry 3: Blood Dragon has been quite the success for Ubisoft. Speaking with Game Informer at Gamescom 2013, Ubisoft CEO Yves Guillemot revealed the first-person shooter has found its way into more than one million homes.

The executive also teased a potential physical release for the title, suggesting “maybe we’ll go retail at one point so we’ll be able to achieve a bit more.”

Guillemot says smaller projects like Blood Dragon and Call of Juarez: Gunslinger give the company more creative freedom, allowing them to take risks and pursue specific audiences. Expect to see more and more “mini-AAA” experiences from the publisher going forward.