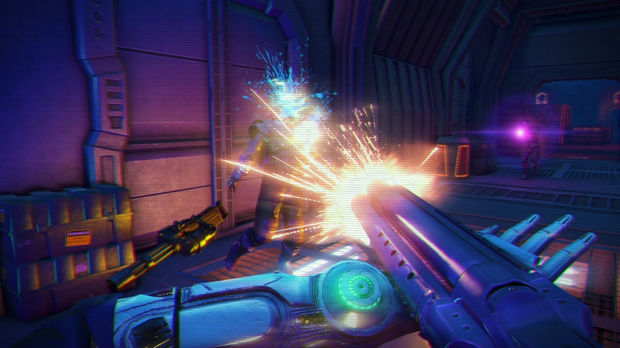 Michael Biehn may have made a goof

Far Cry 3: Blood Dragon went from an April Fools joke, to sort-of-kind-of a thing, to a real release. It pretty much came out of nowhere and wowed gamers of all shapes and sizes, which naturally leads to the burning question on everyone’s minds, “will there be a sequel?”

We may have gotten our first taste of a hint, as Blood Dragon star Michael Biehn on Major Nelson Radio had this to say about the game’s Creative Director Dean Evans: “He was pretty jacked up. He was going into a meeting today. I think he wants to turn it into some sort of franchise. He’s got a sequel in mind.” While it’s far from a done deal, at least we know the wheels are turning for a potential follow-up to the series.

In my assessment of Blood Dragon, I noted that while I would love to see a continuation of the franchise, I would hate for it to overdo it, or overstay its welcome. In small doses, the short adventure was pretty much perfect in terms of pacing, but I’m not sure how much staying power a full release would have.