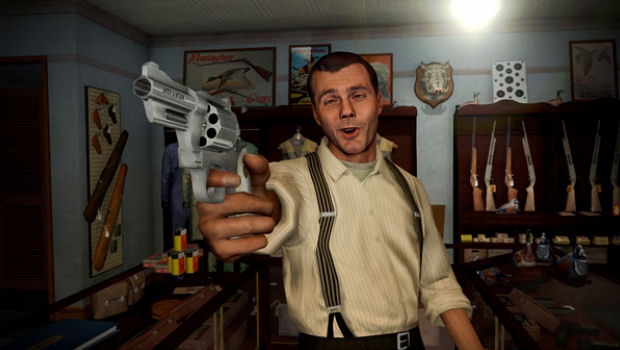 Far Cry 2‘s creative director, Clint Hocking, has slammed L.A. Noire six ways to Sunday, tearing the game apart as a piece of kitsch entertainment, and declaring that it has nothing to say for itself. Man, and sometimes I feel unprofessional when I rag on my industry peers.

“1hr in. Moriarty was right re games as kitsch,” He said, referencing a GDC talk. “Derivative, uninspired, narcissistic. Nothing original to say, & said badly. #LANoire”

Pretty damn vicious, but while I thoroughly disagree, I’ll respect the man’s right to an opinion. The only problem with the criticism is that Hocking’s own contribution to the game industry was glitchy, poorly paced, creatively contradictory nonsense. #FarCry2 #DoucheyStrawmanEvenIfItsTrue.