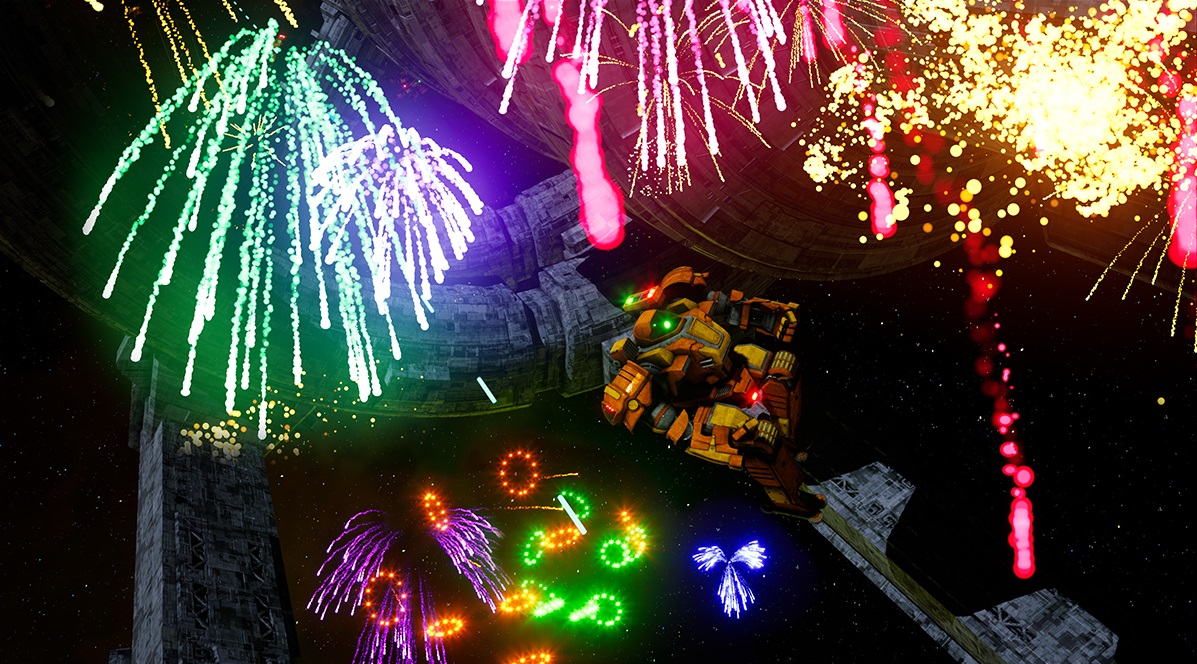 Do Not Aim at Face

Here’s a wonderful little comeback for one of the strangest but most wholesome franchises of all time: Sony Interactive Entertainment and developer Cosmo Machia have announced a brand new entry in the Fantavision franchise, Fantavision 202X, which is coming to PS5 and PSVR2 in February 2023.

As some of you may, or perhaps may not, know, Fantavision is something of a firework-based rhythm-action title, challenging players to detonate a colorful cacophony of rockets to the beat of the game’s soundtrack. Played with style and panache, this results in a dazzling spectacle of visual effects, played out against the backdrop of virtual skylines and starry nights. It’s a simple but fast-paced endeavor, rewarding players with great music and cheerful visuals.

The original Fantavision served as a launch title for PlayStation 2, as the use of color and effects made it a great showcase for the debuting hardware. It would seem that Fantavision 202X hopes to do the same for the incoming unit PSVR2, and, powered by Unreal technology and the might of the PS5 platform, one can only imagine how immersive and entertaining the new game will be when experienced in virtual reality. You just need a mug of hot chocolate and a giant coat and it’s like you’re right there.

Fantavision 202X will feature the same gameplay as its predecessors but will showcase fully dynamic 3D visuals, a replay mode, and the ability to pause and enjoy the action with a free-roaming camera. The trailer also appears to feature some way out new background settings, including a trip around planet Earth itself, as well as an anime-style space battle.

Fantavision 202X launches February 22, 2023 on PS5 and PSVR 2. Just remember, don’t pick up a sparkler once you’ve dropped it. Never return to a firework once lit, and if you fancy a jar, forget the car.