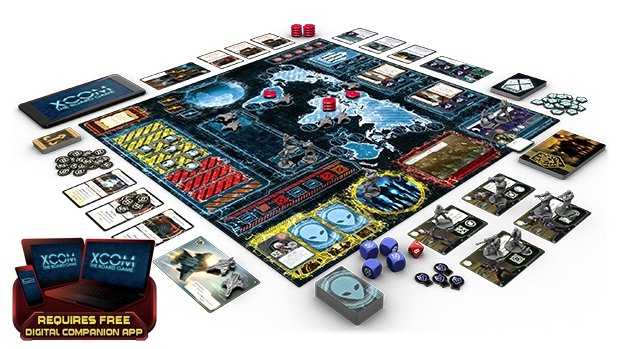 Fantasy Flight Games has a pretty good reputation for taking hit videogame franchises and translating them to the tabletop space. Previously, the publisher has released board games based on DOOM, StarCraft, Sid Meier’s Civilization, and Gears of War, as well as some truly fantastic board games based on non-videogame franchises like Battlestar Galactica and A Game of Thrones. Fantasy Flight is adding a new property to its expansive list of titles with XCOM: The Board Game.

The current preview lacks a lot of the nitty gritty details of how the game will be played, but there is some key information in it. It will be a cooperative game for one to four players, played partially in real-time with the aid of a mandatory mobile, tablet, or PC app. Each player will take on a different role, with each having significantly different responsibilities.

The gameplay looks like it will focus more on the macro-level, Earth defense strategy aspect of XCOM as opposed to the micro-level tactics of individual battles. Even so, players will build squads of units to send into battle, and must make sure to keep up with intelligence and technology to give them a fighting chance.