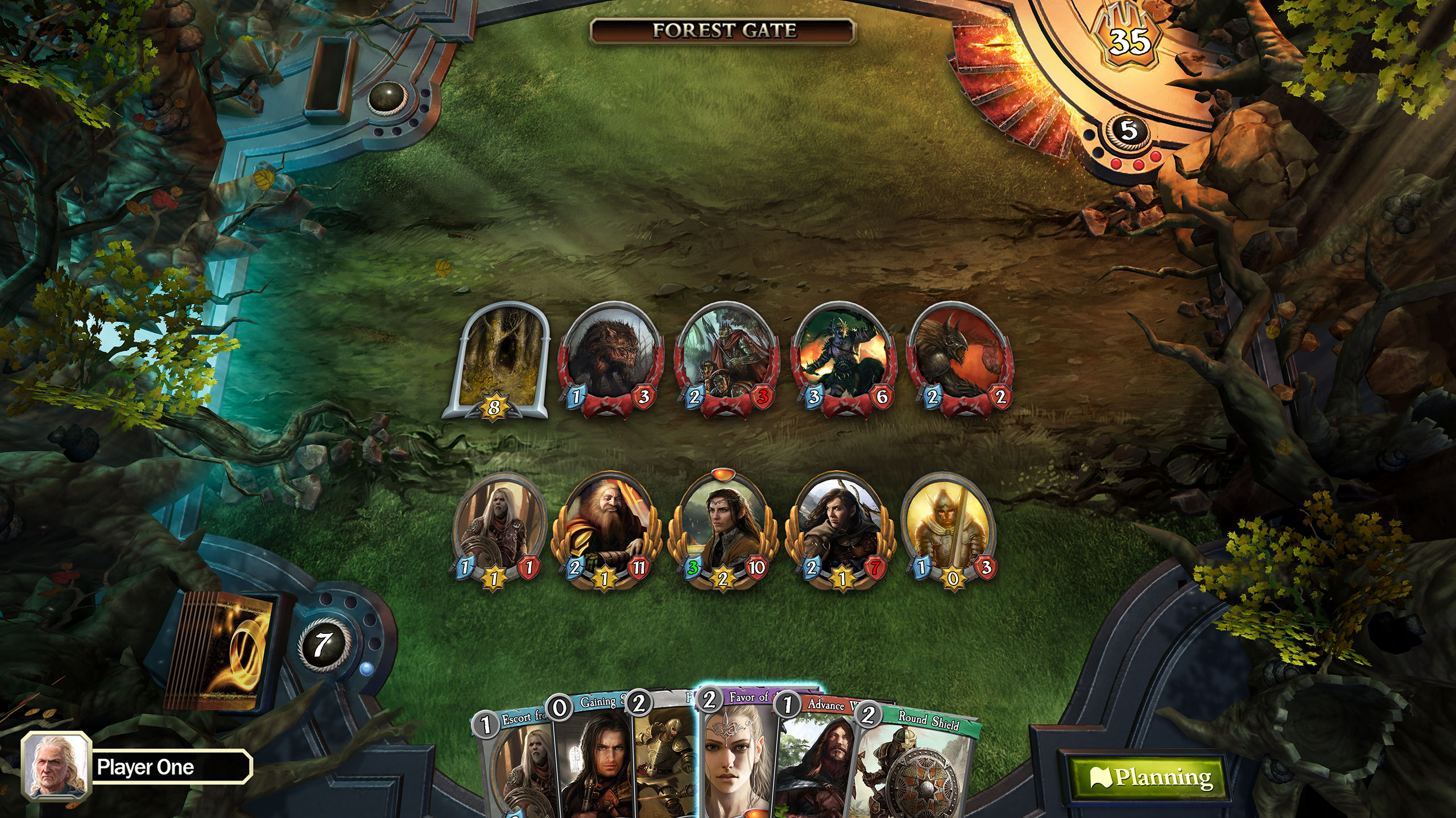 It’s based on the LCG

As I’ve communicated in the past, I’m not big on blind box items, whether they’re in games or in physical form. That includes collectible card games (CCG), which often rely on pricey randomized booster packs that can dictate how well your deck performs. That’s why I’ve gravitated toward the idea of card games with set decks (like Dominion), or, in Fantasy Flight’s case, Living Card Games (LCGs).

The idea is that LGCs operate a lot like a CCG, but the boxes and expansions are set in stone. And now, Fantasy Flight and Asmodee Digital are partnering up to deliver one of the most popular realizations of that concept to the PC — The Lord of the Rings Living Card Game.

Right now the plan is to deliver a solo play experience in Early Access form “in the coming months” for testing, with one player controlling multiple characters (note: this is easily ripe for pass-and-play). After that, it’ll arrive as a “full free-to-play release” in 2018. As long as the IAP/expansions are inline with how it is already (pricey, but not random and worth it if you play often), this should be a good time. We’ll know more about all of that nitty gritty stuff early next year.