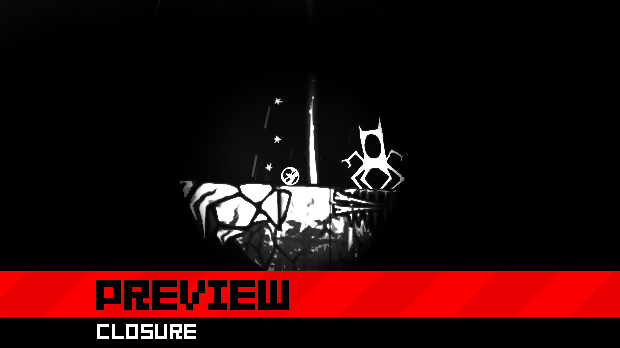 I really didn’t like Limbo. I know, not the most popular opinion, right? Something about its pairing of “gotcha!”-traps , numerous checkpoints and dull, repetitious visuals got in the way of me enjoying its hit-and-miss puzzle design.

Now that the rabble is on its way to shank me outside my house, I must hurry and tell you about Closure. Much like Limbo, it’s a minimalist, black-and-white puzzle game made by a very small team (two guys). Unlike Limbo, I rather enjoyed my time with this game and look forward to its full release. Read on to find out why (shank later, please).

If Closure seems eerily familiar to a Flash game you played a couple of years ago, it’s probably because it is a Flash game you played a couple years. After a successful 2009 release that had indie game blogs comparing it to Braid, creator Tyler Glaiel decided to rebuild Closure as a PlayStation Network release. Everything from the graphics to the levels have been redone for this console version. Where the Flash original was about 90 minutes long, this remake will be closer to eight hours.

Closure is full of death-traps and restarts, but what makes me okay with these things is that the game is divided into small levels. These levels are a bit more compact than Braid but they grow more expansive as the game progresses. The goal of each stage is as simple as it gets: Find the exit! Finding the correct path is the tricky part.

Darkness literally means death in Closure, as stepping into it sends you falling into the abyss. Your way around this persistent obstacle lays in finding sources of light, via spotlights and light orbs you can pick-up. At first, stages are as simple as jumping from light source to light source, aiming a spotlight near the exit, and juggling light orbs until you get to the end. 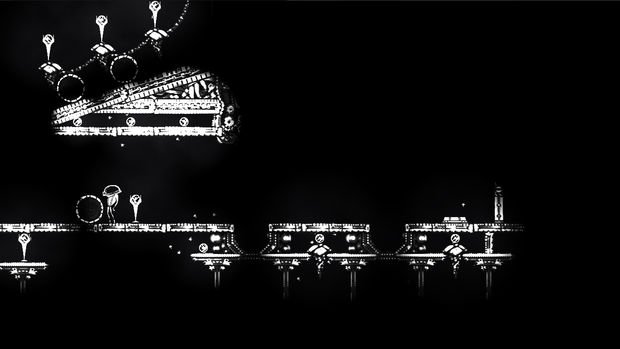 While I quickly ran through the opening tutorial stages with ease, I found myself pleasantly surprised by the challenge I soon found afterward. All of a sudden, I am using light orbs with nuance, positioning them in such a way that they light some portions of the stage while leaving others in darkness. For example, you may move a light orb away from a wall in order to make it disappear. The game introduces concepts to you in a very smart way that makes you feel clever (like Braid), rather than feel like you’re banging a wrench until you find the solution (like Limbo).

One of the most frustrating things in puzzle games like this is when you screw up and are not sure if it’s you or the game’s fault. As a result, you find yourself running around like a chicken with its head cut-off until you read a FAQ. You then discover you either missed the solution or something did go awry, leaving you stuck. In Closure, as soon as you screw up – for example, a key falling into the darkness – the game immediately suggests you restart a stage. It’s a small detail but one that makes a big difference in a game like this, where you don’t want anything to get in the way of logical puzzle-solving.

The black and white visual style and art direction are kind of boring. The stages and characters look like a cross between Tim Burton’s drawings and a grimy, indie comic you’d find at your local comic shop. It’s kind of cool in a way, but I soon grew tired of looking at the screen. In a medium where anything is possible, looking at literally nothing starts to bother me after a while. 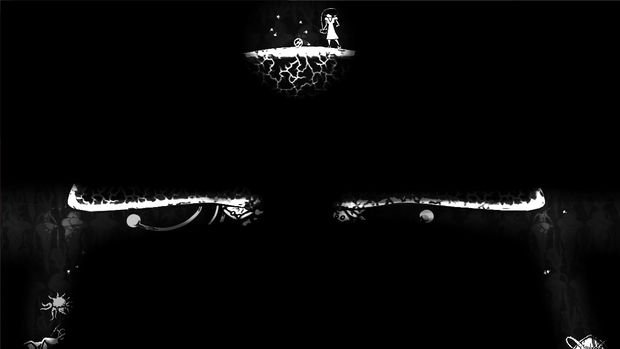 The resolution of the game also seems to be lacking; it lacks the crisp detail you’d expect of a contemporary PSN game. Perhaps it’s an aesthetic choice but it’s one that didn’t speak to me. Visuals aside, the sound design and ambient soundtrack are striking. They make Closure’s world feel real and full of freighting possibilities.

There seems to be a narrative buried somewhere in the game, but I didn’t play nearly enough to discover it. Not to mention, I was playing a far-from-final build. In fact, many levels present in the build were removed or spliced into a later section. Glaiel has been taking feedback from players and retuning the game so that the more challenging levels don’t show up too early on.

As a straight-forward puzzle game, Closure has my interest. By establishing rules in a clever, simple way and building upon them with intelligent puzzle design, Team Closure has side-stepped the pitfalls of its contemporaries. This is a game that knows its medium and genre, made by a developer that rather dedicate resources to puzzle design than have stunning visuals. The cinematic moments and narrative are just a bonus.