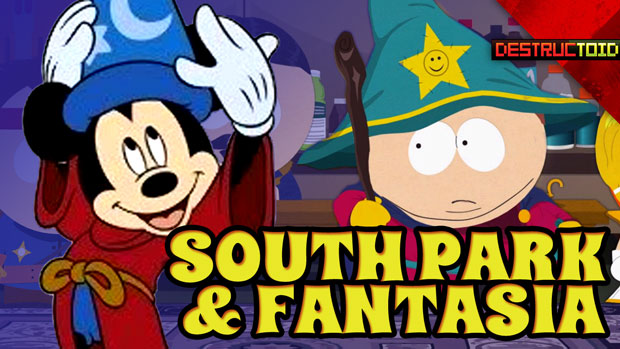 The Destructoid Show unravels a mystery

Hey gang! Here we are again with another Destructoid Show. Big news today is Disney’s Fantasia: Music Evolved, coming by way of Harmonix. The trailer looks dumb, but I thought the game was pretty cool when I played it. South Park: The Stick Of Truth is still happening, and it sounds absolutely foul. Tara and Jim both though Remember Me was rather forgettable, Murdered: Soul Suspect sounds like Ghost Trick and Dark Souls II has a release window, courtesy of a big banner.