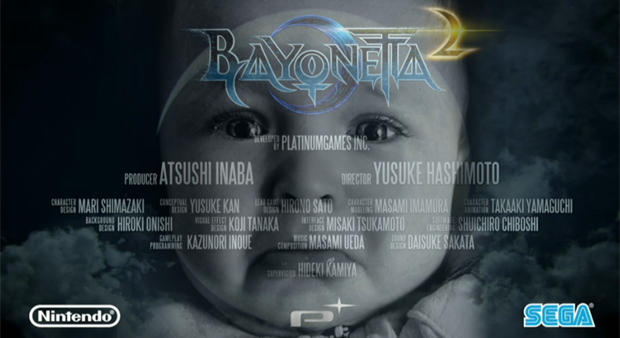 Arguably the biggest surprise at yesterday’s Wii U press event was the announcement of Bayonetta 2, and that the game will be a Wii U exclusive published by Nintendo. My first thought was “This will get people who think that Nintendo ‘only cares about the casuals’ to see that the publisher is making a real effort to broaden their appeal.”

Turns out I was right. I just didn’t expect that some people would be so angry about it. Below you’ll find just a smattering of some of the comments from Bayonetta “fans” who are very upset over the news, including the usual death threats, plans for boycotts, and announcements that the announcement of a new videogame has “REALLY RUINED THEIR DAY.”

Exclusivity always makes some people feel left out, and that sucks, but in this case we’re talking about a game that is lucky to be getting a sequel at all. I expected fans of the original game to be universally pleased that Bayonetta’s adventures will continue, even if it means that they may have to purchase a Wii U to be a part of them.

For years, people bashed Nintendo for not having more M-rated, “AAA” third-party exclusives. When they make an effort to change that, people complain. My guess is that these people just won’t be satisfied with Nintendo until they go out of the videogame business entirely. They seem to enjoy hating the company, and it makes them unhappy when they are given reasons not to. 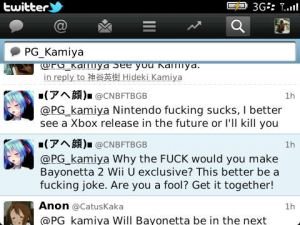