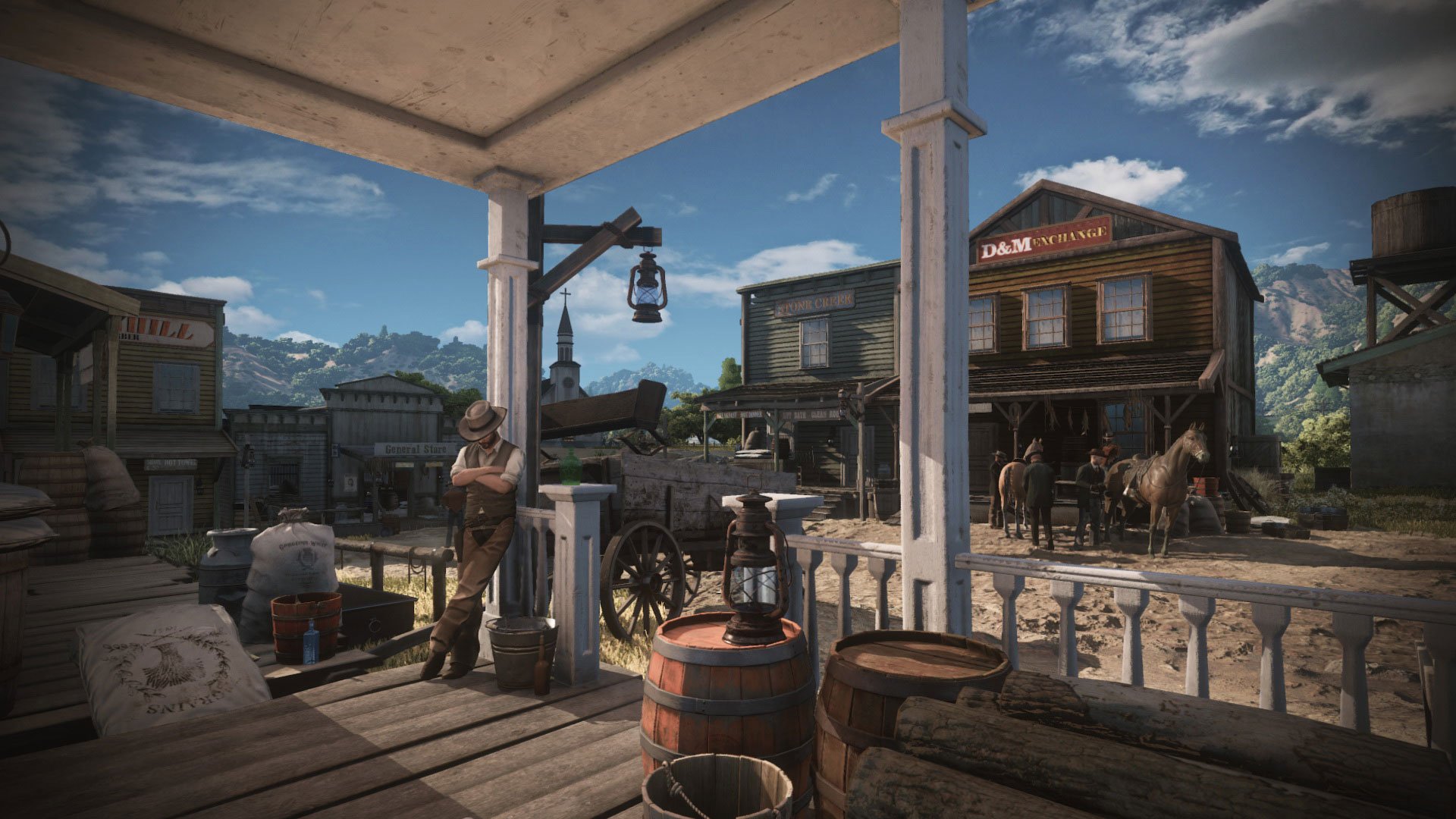 Ahead of an impending Kickstarter campaign and a planned launch on PC later this year, PC Gamer got the first details about the game, a player-versus-player MMO which reportedly “won’t be the typical routine of questing and grinding levels, but a seamless open world using server shards where a few hundred players will coexist together or die trying.”

I mostly thought the nature of the presumed leak was amusing, but if things go according to plan, Wild West Online sounds neat in its own right (albeit worryingly ambitious). For instance, instead of sending NPCs after you to make you pay for your crimes, it’ll be on other real-world players to hunt you down. There’s a lot of ideas like that which sound good but maybe won’t be as fun in practice.

“There’s an audience for [this type of game] that just wasn’t being served on PC,” said DJ2 creative vice president Stephan Bugaj. “So we wanted to make this big, open Wild West world with a bit of a twist that, like the best MMOs, is a place where people can really live in.”