A couple weekends ago, there was quite a bit of controversy. Besides the stir at PAX East, something went down at the IGN sponsored Starcraft II IPL 4 tournament in Las Vegas on the weekend of April 7-9. MarineKing won the Global StarCraft Team League finals for Prime, which were being held at IPL 4. What’s interesting about it is that he almost didn’t. He was entirely too close to losing in his first round match. Here’s how it all went down.

MarineKing was losing substantially to PartinG. It was a sealed deal. There was no way MarineKing was getting out of this one. That was until it happened. Somehow, MarineKing’s machine had suddenly lost connection to the internet and the match prematurely ended. Before the GSL made the decision to have the players re-match, the over 3,000 fans in attendance made themselves heard and started chanting “We want LAN!” as Dustin Browder (lead designer for StarCraft II) looked on in horror.

So, what happened? David Ting (the guy in charge of IPL) claimed on his Twitter and in an interview that this was the result of the computer losing connectivity to the local network and that not even LAN would have helped prevent the problem. This didn’t stop angry fans doing what they do best: rushing to the internet to get things done.

Two different threads on StarCraft‘s sub-Reddit have been debating ever since whether or not LAN support should be implemented. This outrage is not new. A few years ago, fans were just as furious at Blizzard when they found out one of the most revered features in gaming, and StarCraft alike, was being removed to promote support for Battle.net and preventing piracy. It appears everyone has realized this, and now fans are instead demanding some sort of reconnect option that would allow players to join back and continue right where they left off. 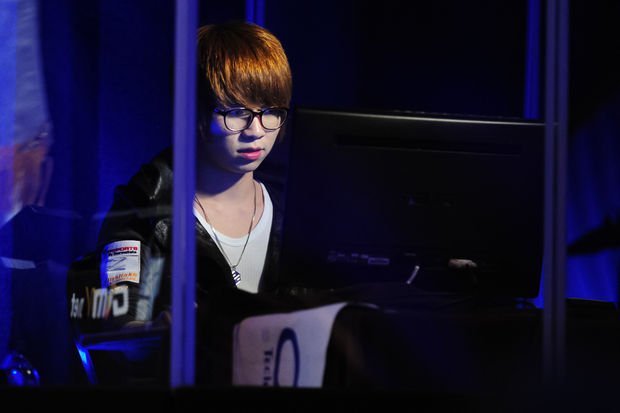 It’s pretty interesting to think of the results of the tournament had there been a reconnect option already in place. MarineKing would have definitely not won that first match, much less the rest of the GSTL finals like he had. Who knows? Maybe the events of last Saturday will finally convince Blizzard that something like this needs to be put in place. Blizzard, for their part, did not respond when asked to comment.

With so many people watching, there’s no room for mess-ups like this. The IPL recently announced that over 340,000 people were spectating the IPL 4 online. Twitch.tv just announced today that CBS is partnering with them (as well as MLG) to make a huge audience an even bigger audience. Could you imagine if this deal had already happened and 340k suddenly became over one million? Two million? That would have looked equally embarrassing on the IPL and Blizzard alike.

StarCraft players, I know you’re out there. Would you rather have LAN or a reconnect option? Do you have a better solution? Maybe you think Battle.net is fine the way it is? Let us know what you think in the comments.