[Dtoid community blogger SpaghettiOReilly was creeped out by the P.T. demo and rightfully so. It wasn’t just what they saw but what they heard as well. Want to see your own stuff appear on the front page? Go write something! –Occams Electric Toothbrush] 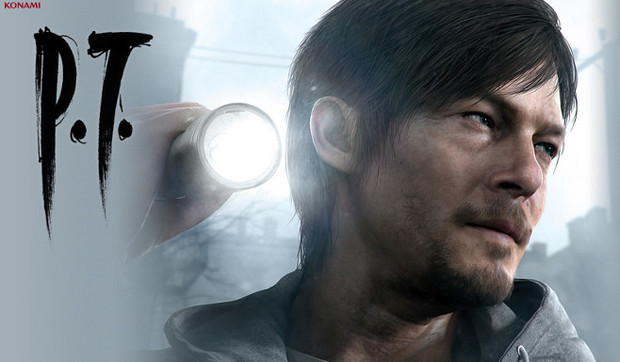 What makes an experience terrifying? What is it that takes an experience from being simply unnerving to something haunting and turns it into a blighted memory that you’ll never be able to shake?  It’s a question that has a different answer for each individual. For me, a game can become truly terrifying when it becomes a mirror for atrocities in the real world. P.T. not only brings this kind of ugly darkness to light, but shines a spotlight on it. I’ve seen some gut-wrenching stuff in games, but the bathroom scene definitely takes the cake.

At this point, most of you are very familiar with P.T., the playable teaser for the next installment of the Silent Hill franchise, dubbed Silent Hills. While the details of the story are left intentionally vague, P.T. revolves around the exploration of a home that has become the scene of a multiple murder/suicide. The father of the family, driven by alcohol and rage, murders his wife and children and hangs himself with a garden hose in the garage. While this seems pretty standard as far as horror games go, it’s the details of the murders that really made my blood run cold. 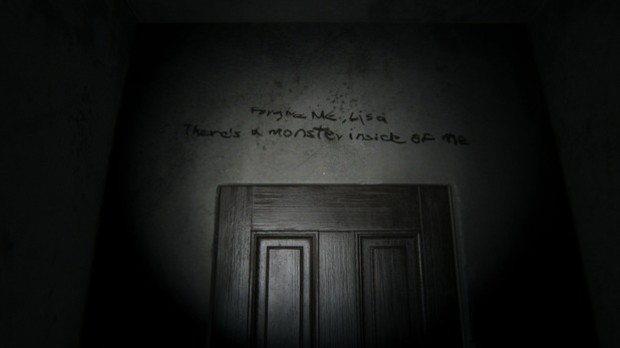 See, it wasn’t just a murder. It was a murder and a forced abortion. Holy smokes. Let that sink in for a minute. Not only did the father murder his wife, but he ripped the nearly-to-term fetus out of her body while she was still alive. It’s heartbreaking and disgusting to even think about. But, if it was just something that they let you think about, it might not be so darn creepy and unsettling. Of course, the real reason it’s so shocking is because of what they let you see and hear when you get to the room where it all went down.

Staring through a hole in the wall of the bathroom, the player is forced to listen to the abortion/murder happen. Thanks to some incredibly detailed sound design, the chokes and gasps of an obviously injured woman come pouring through the hole. Suddenly, the sound of a blade ripping through flesh is heard, followed by the splash of fluids and a chilling scream. Before the wife can finish screaming, however, another cut is made, slicing her throat. The sound of her gasps and gurgles through her open wound as the blood cascades to the floor is enough to turn anyone’s stomach. 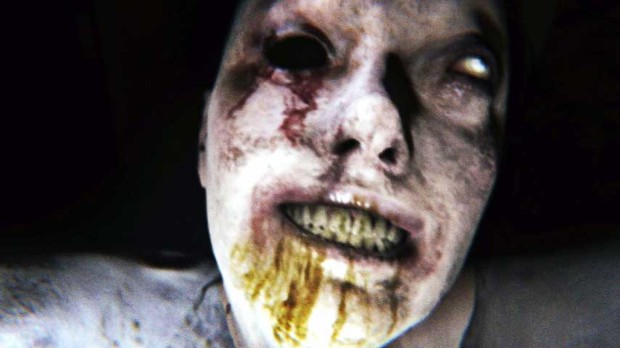 I’ve never heard a video game character die in such a way before and been so deeply shaken. It just felt all too real. It’s the kind of thing that you know the developers were able to research and get just right because there is audio/video of these kinds of things happening. That’s what makes scenes like this so incredibly visceral and disturbing; it is knowing that such hideous violence is not only real, but all too commonplace.

Although audio alone can cause the body and mind to react, it is usually a visual that causes the most violent recoil in most individuals. Here, this idea is taken to what I believe is the most extreme I have ever seen. Not only do you hear the wails and cries of a fetus violently ripped from the womb, but you see it. It is not disguised or half-buried. In fact, it doesn’t resemble anything like a baby. The fetus is instead shown discarded in the sink, obviously underdeveloped, with a misshapen head and limbs. It is a grisly shade of purple and pink, mouth agape, gasping for air. It lies in its make-shift grave, covered in blood, feces, and afterbirth. 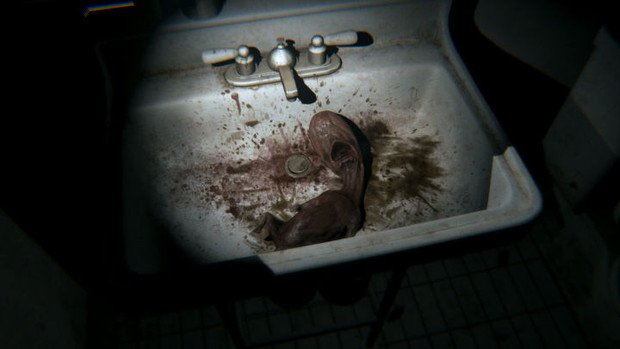 I can’t say that I’ve ever had a game show that much grisly detail in dealing with a body of any kind, much less that of a child. For years, videogames have shied away from letting any violence or pain befall children of any age. It has almost become an unspoken rule. Yet here we have the complete antithesis to that notion, a child murdered before it was ever born, its mother left dead and mutilated.

Seeing and hearing these things made my palms sweat and my blood run cold. This wasn’t a space ship full of mutated aliens or a moon-base full of hellspawn. This was real-life violence and horror, presented in a way I’d never expected from a videogame. I’m so used to seeing death and murder presented with almost a whimsy in comparison that it was utterly shocking to see it given such a realistic and almost respectful treatment for once. Death here is final; there are no extra-lives or checkpoints.

It’s amazing that I felt this way from just WATCHING the game. Yes, I didn’t even play P.T. myself. I watched a video of people talking over the game and it still forced such a visceral reaction in me. If you can be three steps removed and still be truly haunted, I feel like it’s safe to say that you have achieved something truly terrifying. P.T., in my eyes, has changed the horror game for good.  I’ll never be able to look at a bathroom the same way ever again.