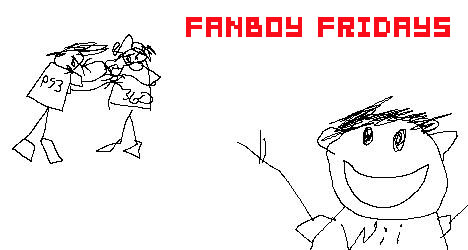 Hello friends! It’s Friday again, which means it’s time for another look at the petty squabbles that occur when various internet tough guys scream at each other about the games they love and hate.

This week, we’ll be taking a look at the comments section of the IGN reviews for Street Fighter IV. Overall, this group is pretty well behaved, but there’s always a few bad apples that manage to drag everyone else down.

Hit the jump to see what people are arguing about and flagrantly making up this week.

As you may or may not know, IGN quickly learned that when reviewing multiplatform games, it’s best to give them identical scores and close to identical reviews so that a full out fanboy war doesn’t break out and crash the site. Because the reviews for each platform are identical, the comments sections are linked, so everyone gets to talk together, regardless of if they’re reading the PS3 or 360 review! Unlike last week, most people ignored the review score (9.3!  Yay SFIV!) and instead decided it would be more productive to just console bashing and making things up.

Almost immediately, IGN is accused of bias for not reporting on this guy’s made up facts:

I like how the typical IGN fanboys glossed over the PS3 versions deficiencies as usual, it’s actually rumored to run at 630P in the closeups on PS3 and doesnt feature AA while the 360 version does. IGN sums those kind of important differences up as
“I’d be remiss if I didn’t discuss the differences between the PS3 and 360 versions, which are actually few and far between” Riight.

And then accused again of bias for not giving the PS3 a higher score:

What a stupid xbox 360 review. IGN has their head up their fkucing ass. Blatantly says the control is superior on ps3 but gets the same review. Control is EVERYTHING in this game. OHH BUT WAIT, it says you can buy $140 arcade sticks..well I’LL BE DAMNED I BET EVERY PERSON WITH A 360 BUYS THE ARCADE STICK.. IGNORANT REVIEWERS ARE GETTING LAZY ASS HELL…
I dont even trust IGN any more..they used to be the standard i used to base my purchases on. What ghey BS.

The controller argument was popular, as people just couldn’t fathom how the 360 version didn’t get a 1 because of its D-pad.

can somebody tell me how this got such high marks for gameplay on the 360?or dont they factor in the suitability of the “controller” when scoring this?the 360 controller does not cater to fighting games of this type IMO…so how exactly are these reviews done?

People ran out of steam pretty quickly though. The discussion was going fairly well with only a few occasional interruptions. One guy decided to spice things up by going on a rant about Soul Calibur IV with no prompting whatsoever.

There was also some friendly discussion about the various fighting game franchises and people’s personal favorites. This dude got really offended, and really wants you to know that he can rent a boat.

man I’ve been reading all the comments and some of you people are either little punks that are under 20 or are used to playing smash bro. and narutard( theses are not fighting games) (also in the 3d world i only respect soul caliber )..and think its not worth it.well i speak for all of us who can drink without a fake id and rent homes and boats this is going to be an incredible experience, and the replay value is up the roof..online is going to be almost endless..i think some of these loser negative comments are either you punk kids or people who cant even pull a four hit combo.

Someone also somehow managed to get offended that the game got a 9.3. We might as well just forget rating scales, or just rate on a scale from 10 to 10.

And, as always, I leave you with some parting words of wisdom:

All you hadouken spamming faggots enjoy your 65 bucks on a game you’ll beat in fifteen minutes. I’ll stick with KOF XI.

Remember, if you see any good fanboy craziness, send it in to [email protected]!