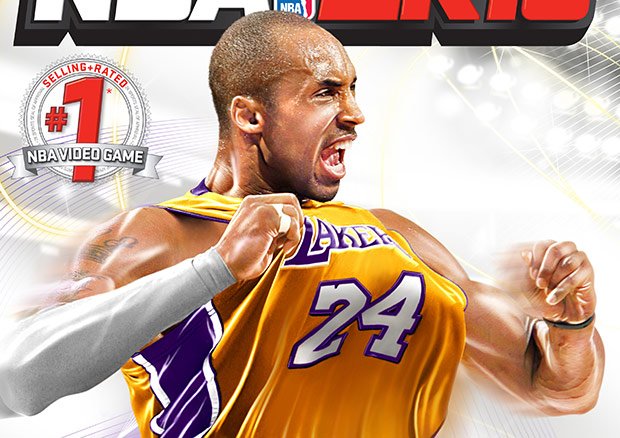 This year, 2K Sports named Los Angeles Lakers shooting guard Kobe Bryant as the cover athlete for NBA 2K10, but there was a wrinkle — they asked for fans to vote on one of four covers. America ignored Spike Lee’s vehement urging and chose an image of Bryant forcefully tugging on his jersey, which you can see above (the full-size shot is available in the gallery).

Bryant led the Lakers to yet another NBA championship last weekend; it was his fourth career title, and now, he’s finally got the “can’t do it without Shaq” monkey off his back. There certainly couldn’t have been a better time to put him on the cover of the game, especially since NBA 2K10 is the tenth anniversary of the best-selling basketball franchise.

New York, NY – June 18, 2009 – 2K Sports today congratulates cover athlete and spokesman of NBA 2K10, Kobe Bryant of the Los Angeles Lakers, on his fourth career NBA championship after recently defeating the Orlando Magic in the 2009 NBA Finals. Bryant, who averaged over 32 points, five rebounds, and seven assists during the series, was named NBA Finals MVP and this fall will lend his championship pedigree to NBA 2K10, the #1 selling basketball video game* and #1 rated NBA simulation**.

“We want to congratulate Kobe on the phenomenal accomplishment of winning his fourth career NBA championship with the Los Angeles Lakers, along with being named NBA Finals MVP,” said Greg Thomas, senior vice president of sports development for 2K. “He’s undoubtedly solidified his legacy as one of the greatest players in NBA history, and we couldn’t have chosen to partner with a more fitting player to be on the cover of NBA 2K10 this season, our 10th anniversary of the NBA 2K franchise.”

“It’s been an incredible journey for me and our team, and all of us could not be any happier right now,” said Bryant, a four-time NBA Champion for the Los Angeles Lakers. “It’s an exciting time to be partnered with 2K Sports right now, as we look forward to releasing a championship-caliber game together for 2K’s 10th Anniversary NBA Game.”

In celebration of Bryant’s fourth career NBA championship, the result of the fan voting contest to select the official NBA 2K10 box cover is being revealed. Fans had the opportunity to select from four different NBA 2K10 box covers, and the winning selection is the image of a passionate Bryant emphatically popping his Los Angeles Lakers jersey. Other box covers included a classic image of Bryant driving the lane and another of Kobe hanging in the air grasping a basketball.

Coming this fall, NBA 2K10 is expected to deliver the most realistic, stylistic, and feature-rich simulation experience ever available in the NBA 2K franchise – from gameplay to graphics, presentation and online features. Developed by Visual Concepts, NBA 2K10 is not yet rated by the ESRB and will be available for Xbox 360® video game and entertainment system from Microsoft, PLAYSTATION®3 computer entertainment system, PlayStation®2 computer entertainment system, PSP® (PlayStation®Portable) system, Wii™ system from Nintendo, and Windows PC. For more information, please visit www.2ksports.com/games/nba2k10.

* According to The NPD Group estimates of U.S. retail video game sales of Xbox 360 and PLAYSTATION®3 NBA titles from October 2008 through May 2009.