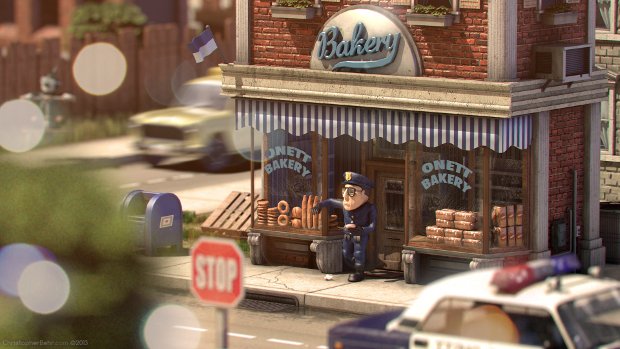 To say that Earthbound, or Mother as it’s referred to in Japan, is a much loved and admired game, is an understatement. From fans creating charity drives, to organized campaigns to get the game on Nintendo’s virtual console — this quirky and inventive RPG title has stolen the hearts of fans, whose numbers seem to grow with every passing year. Now, one such fan has shown off his love for the series by giving the game a new look for the HD generation.

3D artist Christopher Behr has spent the better part of a year giving Earthbound fans an idea of what a modern day version of the game could look like. Using his skills, he made a recreation of Onett, the hometown for Earthbound/Mother‘s main character. This recreation does take some liberties stylistically, but it’s close enough to give people an idea of what the retro-quirky style can do with new tech. I don’t know about you, but this is making me yearn for another playthrough of Earthbound. These images make me wish for Nintendo to give the series another chance. If anything, the passion from fans over the years show that it’s deserving of another shot.

For links to full sized versions of his work, check out the artist’s website.