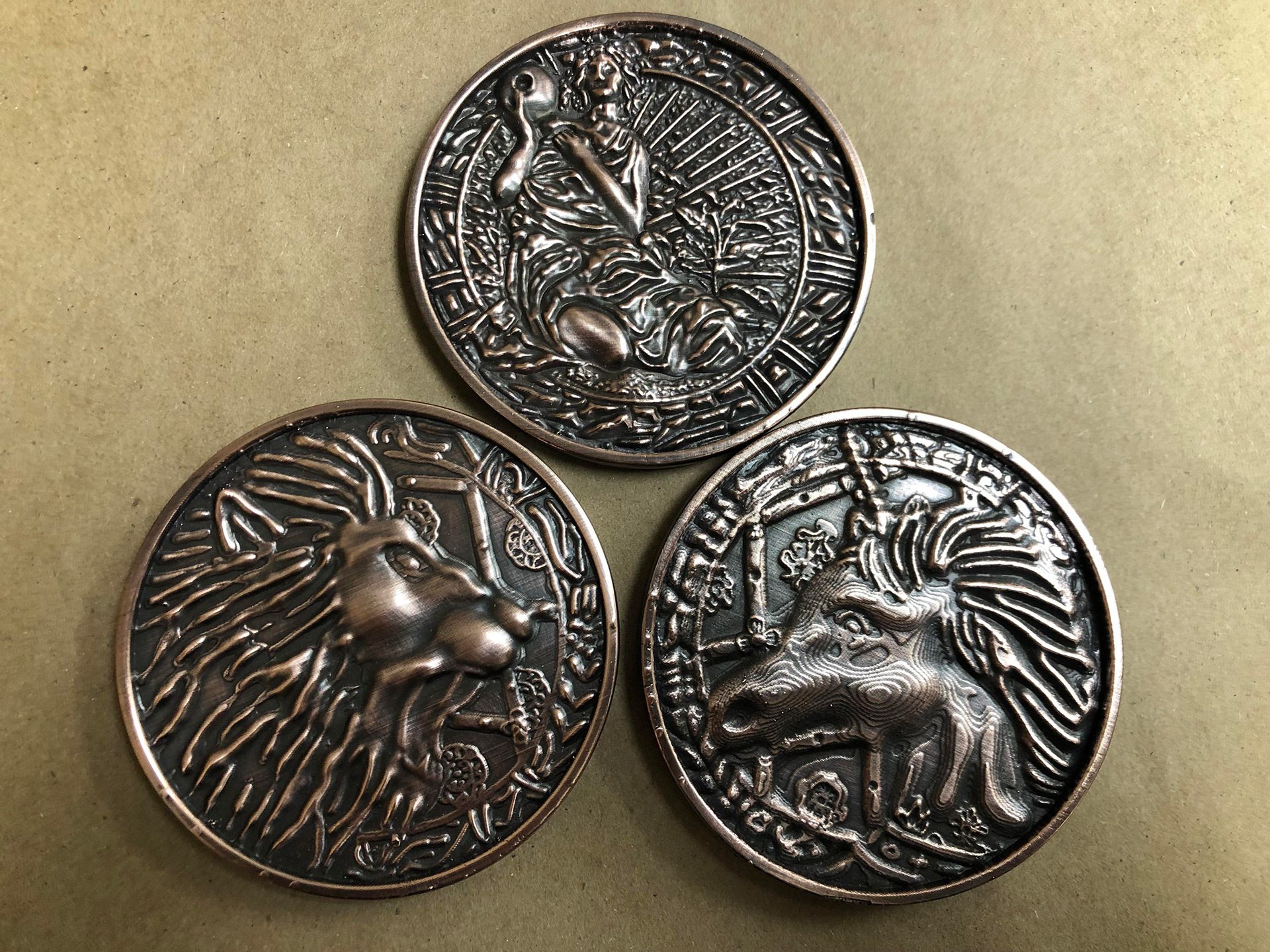 The patina really seals the deal

The best birthday presents come from the heart, and show you truly “get” the recipient on a deeper level. Even without knowing the full backstory, I’d say this fan project — a 3D-printed recreation of the iconic Resident Evil 2 medallions — deftly checks off both boxes.

As shared on the Resident Evil subreddit, creator GoatsAndGoblins wanted to get their son, who’s big into RE2, something special. Well, we do love our trinkets!

My son’s birthday is tomorrow, and he’s a huge fan of RE2. I used 3D printing and electroplating to make these for him. from residentevil

“This is something I spent the better part of a week making — printing, plating, and applying patina to — because I love my son and the hobby we share with him,” GoatsAndGoblins said in a follow-up comment. “I work at a shop that specializes in this sort of thing (plating printed parts), so I have a bit of a leg up. My coworkers and boss helped me out along the way and my son was really thrilled with the result.”

That’s the key bit right there. That’s what matters most.

In poking around, I learned that you can actually buy official Lion, Unicorn, and Maiden medallions, though I prefer the look of these hand-detailed gifts and they’re a thousand percent more personally meaningful. More than a gift, they’re a story — a memory. Not to get all cheesy here, but honestly, I love these sorts of projects. I can’t help it!

After linking this to Eric, we got into a bit of reminiscing about how, as kids, we both had a specific friend’s house where we’d go to play the darker M-rated stuff, or games that were otherwise “off-limits” — sometimes for very valid reasons, sometimes because parents can be obtuse. For Eric, one friend’s house was the Dreamcast/JRPG house, one was the Chocobo Racing on PSX house, and another was the “their parents buy them M-rated games” house. “And yes, my house was the Chocobo Racing house, that game slapped.”

As a ten-year-old, I did have a friend with unrestricted access to Doom, Silent Hill, Shadow Man, and of course, Resident Evil. Every time I came over, I knew I’d see some shit.