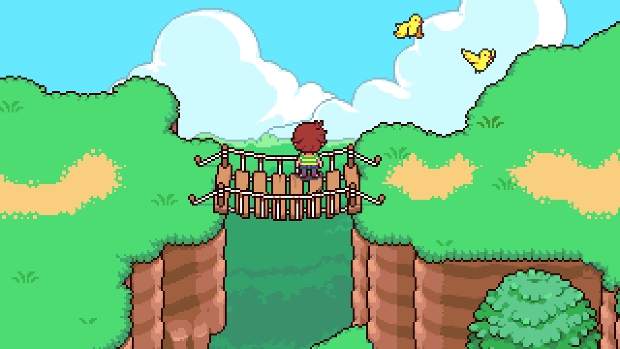 EarthBound creator Shigesato Itoi has already confirmed multiple times that he’s not interested in working on any more games in the Mother series, but he wouldn’t mind playing Mother 4 if it was made by somebody else.

Enter the EarthBound fans. The fine folks over at Starmen.net have been hard at work trying to make Mother 4 a reality. The project has been in development for five years now, and the effort and dedication really shows. Today, the team finally released a gameplay trailer, and it’s looking absolutely fantastic. If I didn’t know any better, I’d think it was an official sequel.

The trailer shows us a bunch of completely random things you can expect to do in the game, like ride around town on a motorcycle, talk to stray dogs, beat up melting robots, and more. I actually laughed out loud at several points during the video (that hermit can!), so that’s definitely a good sign. It looks like they adopted the rhythm-based combat of Mother 3, which I’m very much a fan of, and added some new combat tactics as well. I cannot wait to play this!

We can expect to see Mother 4 this summer on PC, Mac, and Linux. It will even be available for free, so there’s no reason not to check it out!