And by ‘physical release’ I don’t mean ‘a book’

Limited Run Games – who are on a bit of a roll with the announcements as of late – have revealed that beloved visual novel Clannad will be getting a physical release on Nintendo Switch later this year, with pre-orders to go live from next week.

Released in Japan way back in 2004, Clannad tells the story of student Tomoya Okazaki and his final year in high school. As they read through the story, players are presented with several branching paths and multiple-choice options, leading to a range of conclusions for Tomoya and his fellow students. As in keeping with many VNs, both romance and melodrama are key themes in Clannad‘s coming-of-age tale. 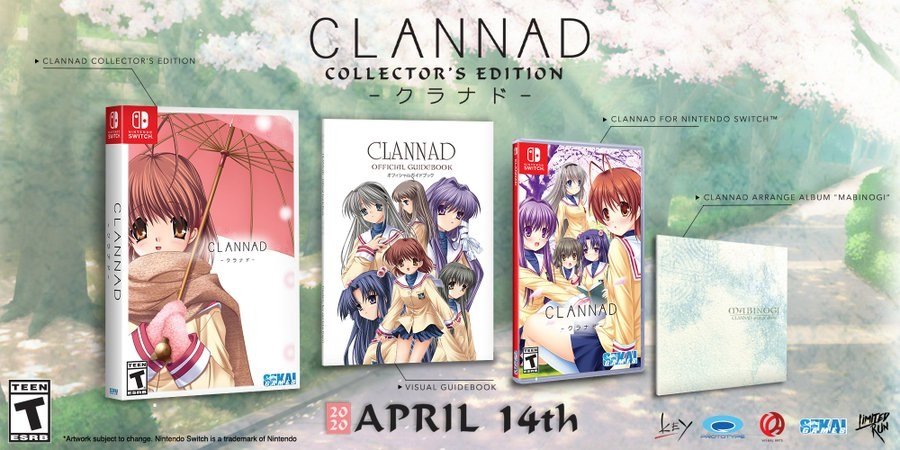 As is often the case with Limited Run releases, Clannad will be made available in standard format – simply consisting of a boxed copy of the game – as well as a collector’s edition, which will include a boxed copy of the game, a “Mabinogi” soundtrack CD, and a visual guidebook. Both pre-orders will open on April 14 over at the Limited Run website, and will close on May 26. As of this writing, a price has not been revealed for either edition.