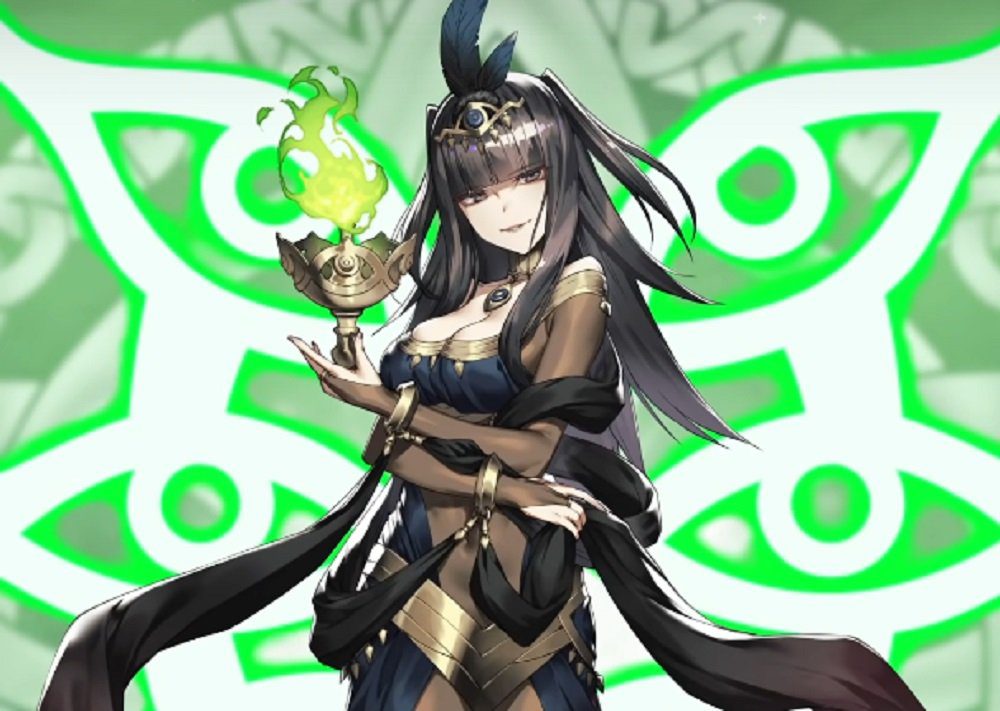 Bewitching beauty back for more mischief

Today sees the launch of the latest Summoning Event in Nintendo’s pocket battler Fire Emblem Heroes. Once again, four more heroes will be joining FeH’s ridiculously stuffed roster of heroes and villains, all ready and eager to drain you of your hard-earned orbs.

The new quartet of Special Heroes is lead by the ever-popular Tharja, from Fire Emblem Awakenings. The mistress of the dark arts is accompanied by New Mystery of the Emblem’s Katarina, Three Houses’ barrel-chested fighter Raphael, and finally a new Dual Hero in the form of Three Houses’ stunning Dorothea and Genealogy of the Holy War dancer Lene.

As always, the quartet of new characters is joined by a new paralogue chapter, “Dark Desert Rituals,” which sees the group attend the Plegian Festival – and probably get into a scrap. You can’t take the FE crew anywhere. The Dark Desert Rituals event is live in Fire Emblem Heroes right now.