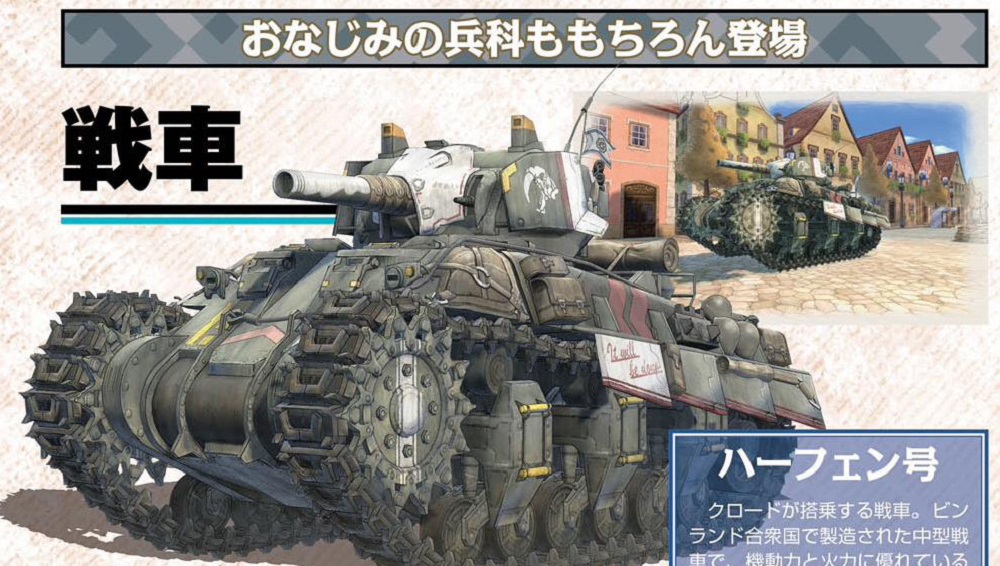 The latest issue of Japanese publication Famitsu features a wealth of art, screenshots and info on upcoming strategy sequel Valkyria Chronicles 4, which surprised fans with its sudden announcement earlier this week.

Very minor spoilers ahead, of course…

Claude, the game’s hero, will lead his comrades into battle via his mid-sized tank, The Hafen, which is named after his hometown. Backing him up is his estranged childhood friend Riley and an emotionally curt sniper (aren’t they always?) named Kai Shuren. Claude must rely on his allies, the Hafen and his intuition about the weather (apparently) to garner victory in battle.

Infantry classes will be divided into Scouts, Lancers, Shocktroopers, Snipers, Engineers and the all-new Grenadier class. The latter are very long-range attacker who fire RPGs, mortar-style, across the battlefield, flushing the enemy out of cover and providing high-damage against vehicles, they are very weak at short-range combat.

Though no further information was given about a specific release date, it was mentioned that the game development is a solid 90% complete, so here’s hoping it will rolling into battle worldwide soon.

Valkyria Chronicles 4 arrives on PS4, Xbox One and Nintendo Switch in 2018.