Japanese gaming magazine Famitsu has published a list of the country’s top-selling games from January 1 2001 to September 29 2013. Nintendo dominated. There are quite a few other surprises, especially when you parse the list by platform and see just how poorly Xbox has done in Japan. Or look at hardware sales to find the PSP is right under the PS2 in terms of sales. Or notice that only one PS3 game (Final Fantasy XIII) cracked one million sales (and it’s sequel did less than half the sales of the first game).

There are a lot of interesting narratives here. Animal Crossing: New Leaf is the newest game in the top 20.

Some things to note: Re-releases are not counted towards totals, nor are direct downloads off of services such as the PlayStation Store. Copies bundled with hardware count towards sales totals. 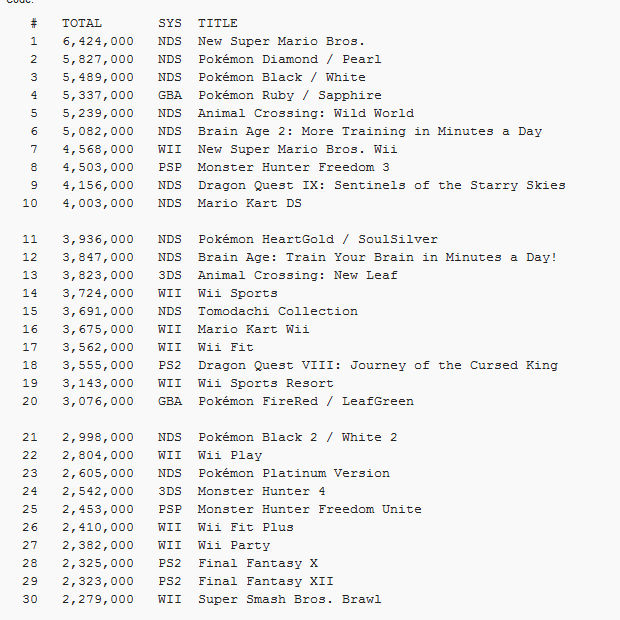 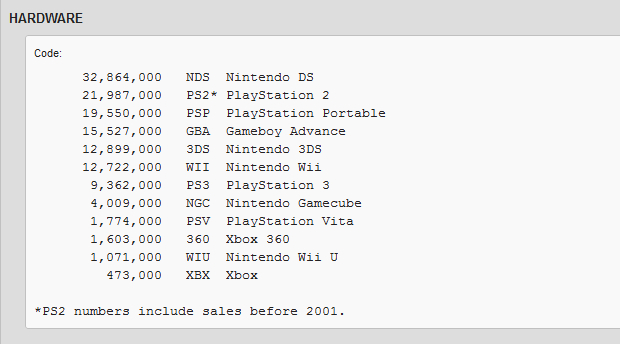 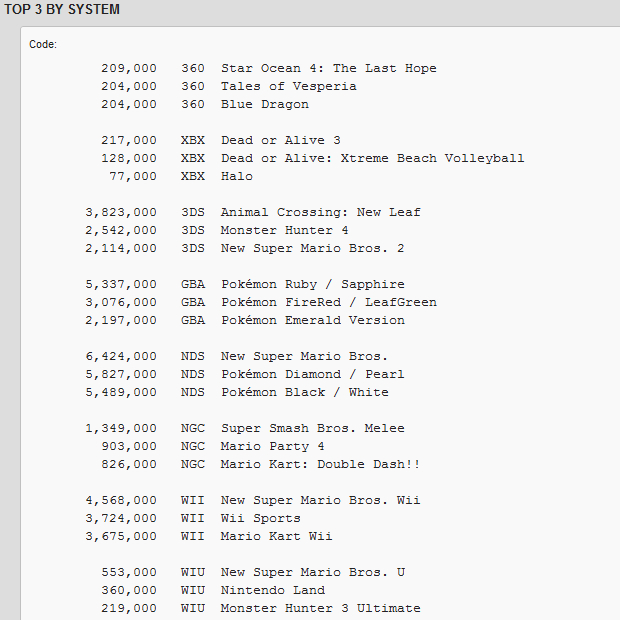 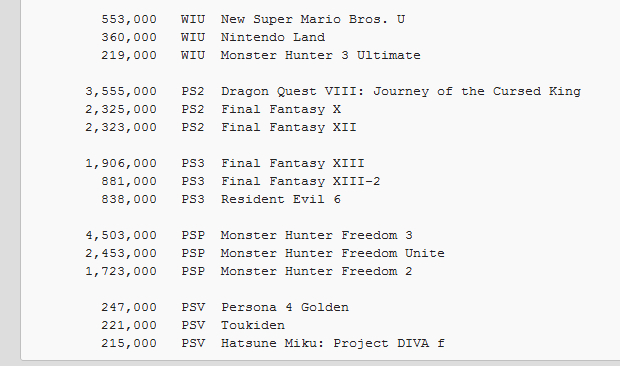