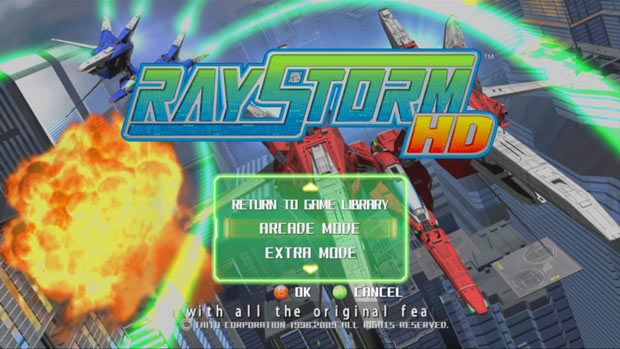 As expected, word of a Raystorm remake coming to XBLA and PSN has turned out to be very true, and Famitsu has come through with the first video of the game in motion. The trailer was shown at an STG event in Japan over the weekend, understandably to much fanfare.

Check it out after the jump to get a look at the ships, system and some of the enemies and bosses you’ll be facing off against. While the game itself is in delicious high-def, the trailer unfortunately is not, so you’ll have to use your imagination a bit. Still, it’s looking mighty fine to me, and I’m excited for this to finally hit both digital marketplaces. And if you didn’t catch it the first time, yes — Raystorm HD will indeed be coming to PSN as well as XBLA.