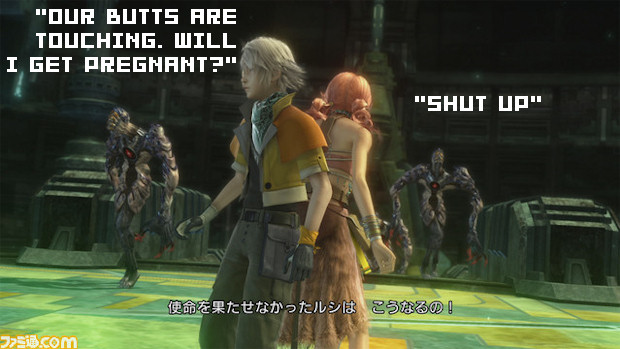 Regardless, FF XIII is finally almost upon us, at least in Japan, and Famitsu has spread the good word with ten new screenshots. The screens show off some new monsters, and new character Hope Estheim, who was caught in an E3 trailer.

The game’s out at the end of the year in Japan, but we roundeyes have to wait until Spring 2010 before we can get our dirty white mitts on it.