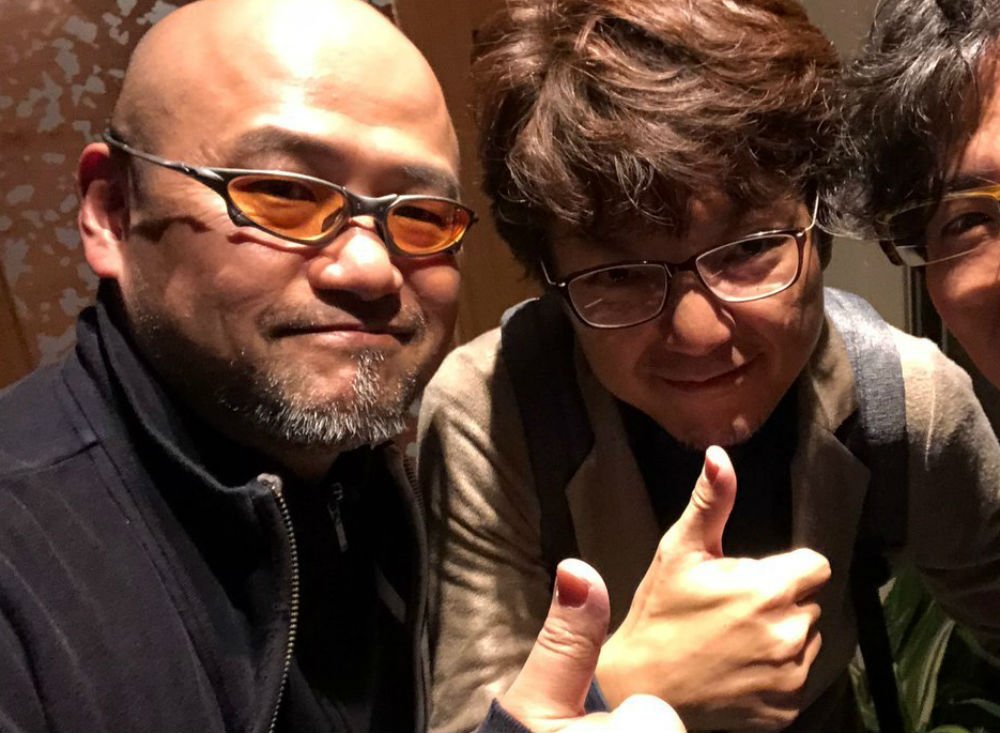 In case you’re not aware, Hideki Kamiya (on your left, above) is a legendary game designer who has worked on projects as a director like Resident Evil 2, Devil May Cry, Viewtiful Joe and Bayonetta. He also runs an outspoken Twitter account where he will block you on a moment’s notice.

Just this week he took to that very account to air his Festivus grievances with the Switch UI: a long-discussed thorn in the side of many Switch owners. His rant, as translated by NintendoSoup, is as follows: “The Nintendo Switch’s Home Menu is a piece of crap, all of the shitty gigantic game icons are lined up in a row, but the rest of the games are tossed into a trash can called ‘All Games’… I wonder have they (the people that made the menu) ever played the Nintendo fan boys’ Switch?” Twitter user PushDustIn translates it as: “Switch’s home screen has these huge fucking thumbnails which are just lined up in a row. I’m really thankful to have all the games thrown in the ‘All Software’ screen. The people at Nintendo have used the Switch right? Are they going to fix it…?”

Even the biggest Switch fan can admit that what he says at least has a kernel of truth. The Switch UI is a contentious issue alongside of Joy-Con Drift, and I’d actually take it a step further and say that the eShop menu is even worse. For the past year or so Nintendo has dumped 30-40 games at once each week on the storefront and diamonds in the rough are nearly impossible to find.

Who knows if it’ll ever be fixed, but I miss that classic Nintendo menu charm that the Wii, Wii U and 3DS had. At least give us a poppin’ eShop tune to dance to!