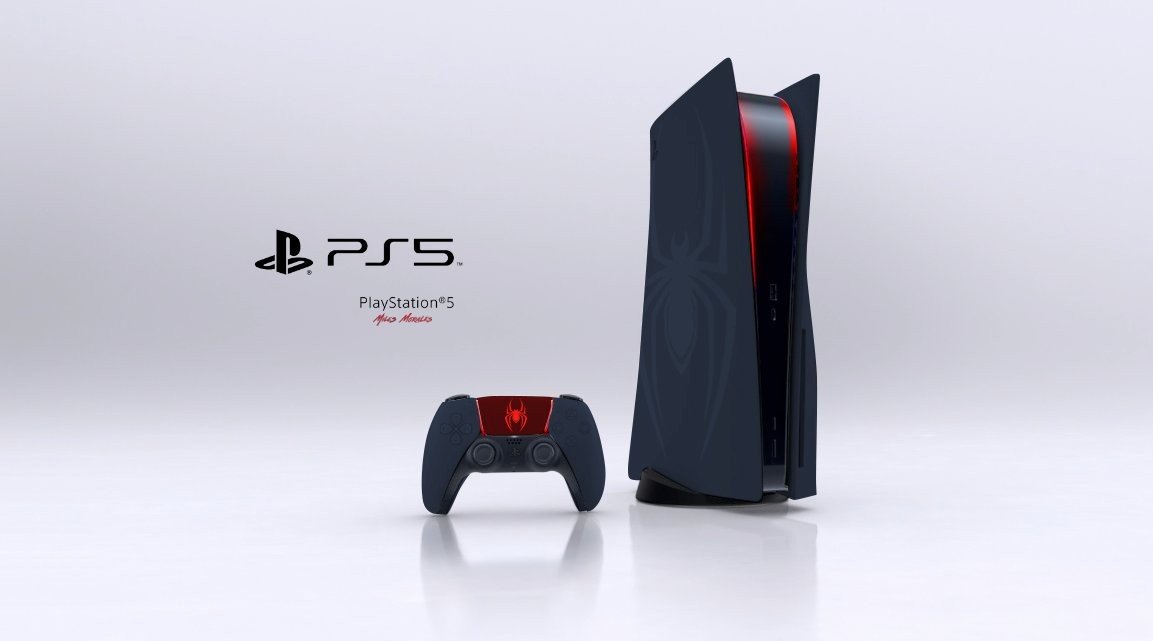 It’s a bird, it’s a plane, it’s a Spider-Man sequel! No wait, it’s a standalone spinoff thingie like those inFamous DLCs and Uncharted: Lost Legacy. It’s a…oh I give up.

Whatever the case may be, artist BossLogic created their own take on the PS5 hardware. It not only morphs the white PS5 into a black design, but also “Spideys it up” with that iconic character logo on the side of the machine. BossLogic also topped things off with a sleek logo on the “DualSense” remote too: which I will never not call at DualShock 5 in real life.

If you’re struggling to remember where you’ve heard the name BossLogic from lately, they were the artist responsible for the time-lapsed Assassin’s Creed: Valhalla art reveal. As for this PS5, I would buy this bundle immediately.