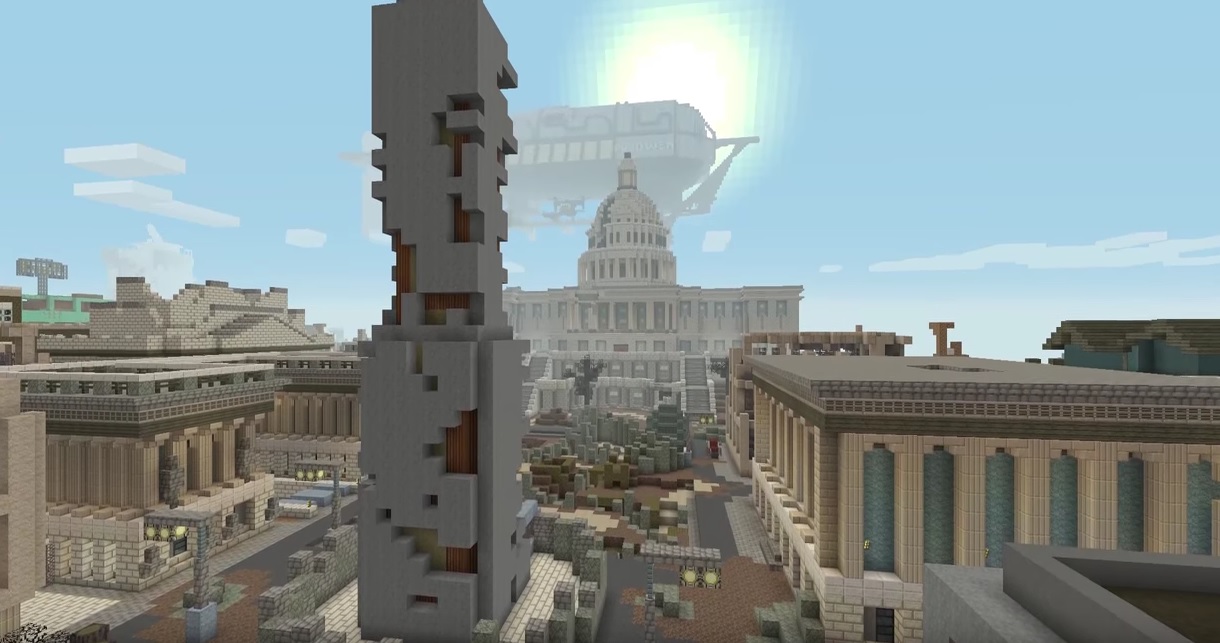 You punch the trees to get the wood

Mojang has just revealed the latest mash-up that’s coming to Minecraft, following the China pack — Fallout. Like all mash-ups it’ll feature new textures, costumes, and most importantly — a pre-build sandbox with loose objectives to complete, like a mini-campaign.

You can see all sorts of landmarks in the below trailer, including Tenpenny Tower and Nuketown. Given the recent move of Fallout into more creative territory with settlements, this feels like a natural fit. It’ll drop “soon,” on PS3, PS4, Xbox 360, Xbox One, and Wii U for $5.99.