From FFG, who made the other Fallout board game

Fallout Shelter, which was surprise-revealed and released immediately during E3 2015, has been a smash hit for Bethesda.

Originally arriving on iOS devices the game eventually made its way to Android, then PC, Xbox One, PS4 and Switch. It’s such a cash cow for the company that it’s basically become a new sub-IP, which is exactly what Bethesda is doing in tandem with Fantasy Flight Games (better known as “FFG”), following a partnership for another more traditional Fallout board game experience.

Shelter will follow the same scheme as the source material, tasking players to build a vault/colony: just with cards instead of digital rooms and AI. It’s two to four players, and sports a competitive element to try and become the newly elected Overseer. Your job in this worker placement game is to try to acquire the most amount of happiness possible by managing your units and choosing the right rooms for the job. The signature S.P.E.C.I.A.L system allows for further strategic nuance by allowing you to customize your board state, as well as a rudimentary combat system for clearing out unwanted guests like feral ghouls.

The game is available for pre-order and will run you $39.95, with the option to pick up a custom playmat (with spacing for each card type) for $29.95.

Fallout Shelter: The Board Game [FFG] 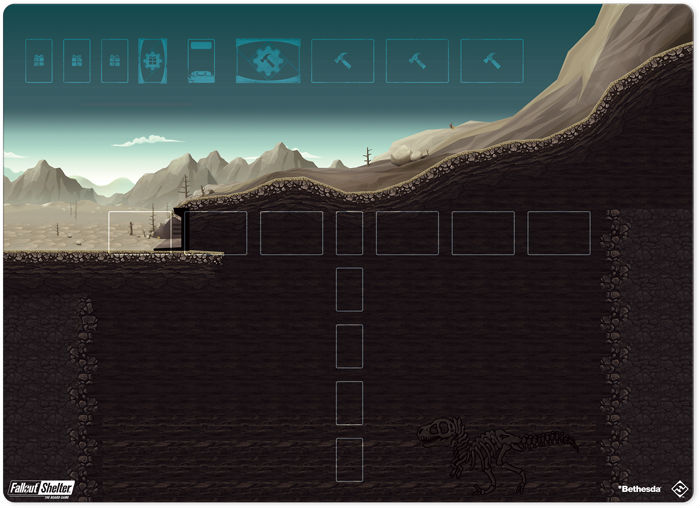