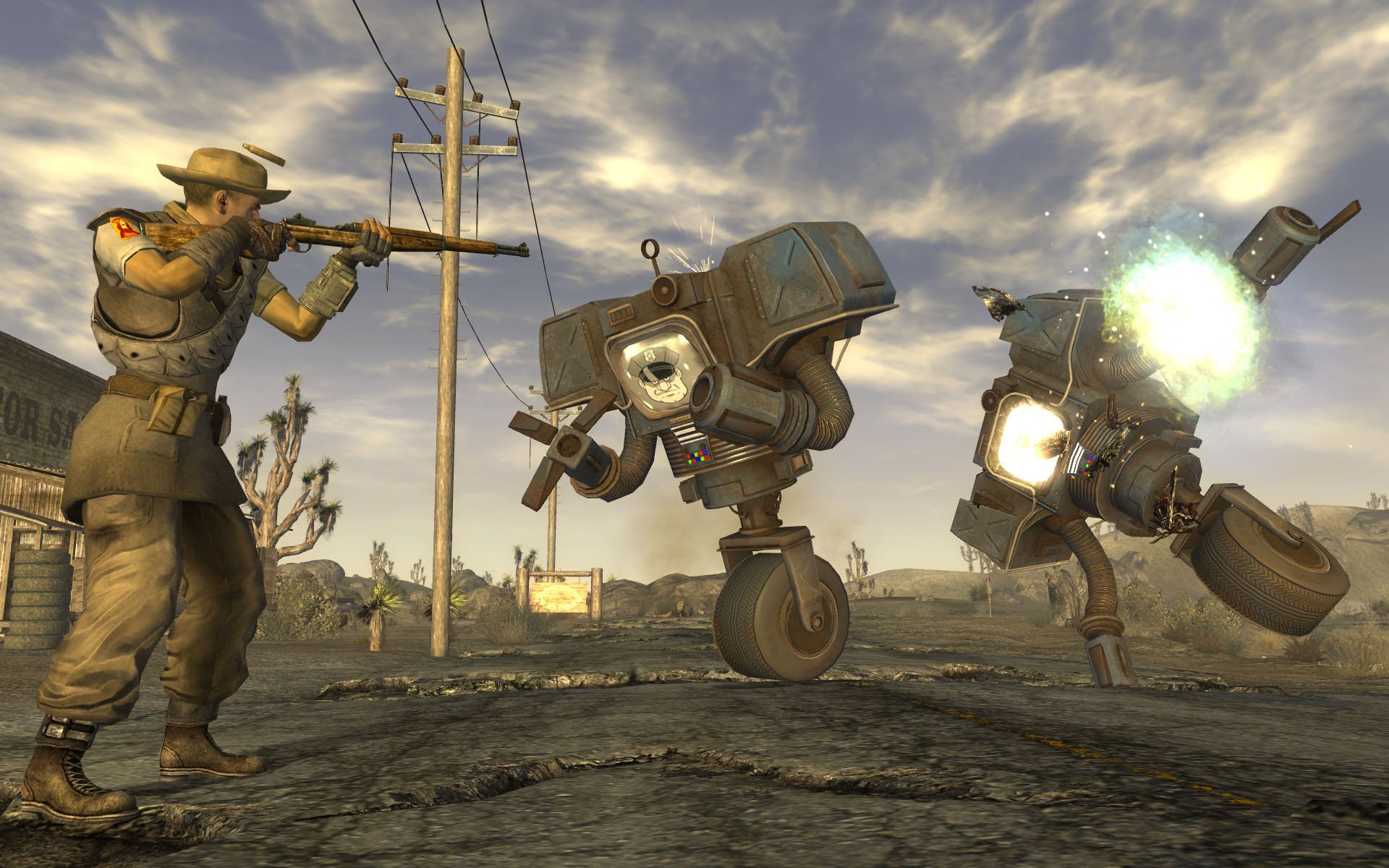 We’re only a week out from Obsidian’s new RPG The Outer Worlds, but in the meantime, Fallout: New Vegas is calling my name. It’s joining the Xbox Game Pass catalog today, and honestly, one little run across the desert couldn’t hurt. I wonder what Craig Boon, Lily Bowen, and ED-E are up to these days.

We all have our favorite New Vegas memories, I’m sure. One immediately springs to my mind.

All these years later, it’s hard to piece together what actually happened in the game and what my memory thinks happened, but my playthrough definitely involved working my way into the Caesar’s Legion stronghold, hearing the baddies out (like you do in any RPG with multiple factions), and accidentally getting the party started with a Power Fist punch. My wanderer was low on supplies and wasn’t specced for brawls. Didn’t matter! I kept reloading an ill-advised autosave until things finally worked in my favor. When everything was said and done, The Fort was even more of a deranged mess.

For me, a huge part of the fun of the Fallout series (and New Vegas in particular) was always getting in and out of jams. Also, we’ve all done some sinister shit in the name of Xbox 360 achievements.

Maybe you can squeeze one of these in before The Outer Worlds hits Game Pass for Xbox One and also PC (!) on October 25. I’m not entirely sure what to expect in terms of length, but knowing Obsidian, they’ll find plenty of ways to keep us absorbed with stray story threads and distractions.