Make your name heard on GNR

After having their reveal trailer viewed over five million times, the team behind the Fallout: Miami mod for Fallout 4 has taken up the task of starting a monthly development video series on its YouTube channel. The first installment expands upon the stinger reveal at the end of the first trailer, The Enclave.

As the story goes, prior to the destruction of the Raven Rock base in Fallout 3, The Enclave sent an expeditionary team down to Miami to take control of a military stronghold that was well equipped with pre-war computers. Ever since then, the team has been left stranded without any orders to follow, so they decided to set up shop in beautiful nuclear irradiated Miami Beach.

The Enclave will seemingly feature heavily in this mod as there is already some nice developing lore along with a companion, should you choose to side with the remnants of the pre-war United States Government. Captain Killian Beckett is a man who has lost everything, but that loss doesn’t stop him from pushing forward with his goals of aiding in the restoration of the government. He’s loyal to the cause but not without his own personal doubts; just give him an objective and some beer at the end of the day and he’s set. 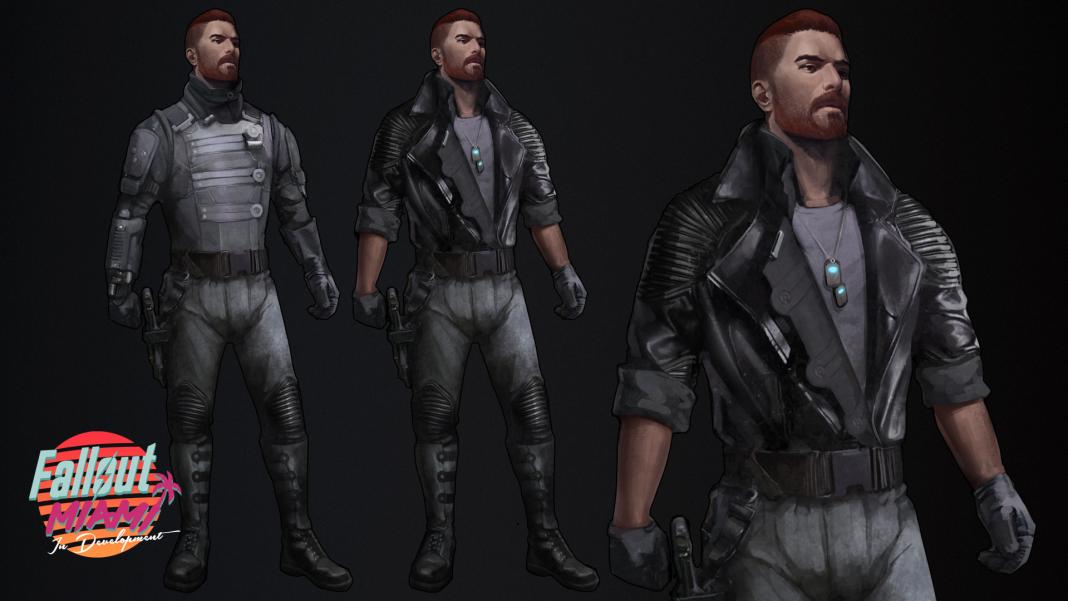 All concept art by CynicalBounce

Because The Enclave wasn’t in Fallout 4 which used the new Creation Engine, all of the assets have to be rebuilt and the team shared some progress as these items come to life. Some of the items we’ve already seen in Fallout 3 such as communication towers and defensive structures, while the team has also designed a new military transport vehicle that sadly won’t be able to be driven. You can check out some of these renders in the gallery below. The barrier was done by TorqueDigital, while the rest of the renders were done by CoolerThanCoolestGuy.

Now for the part no one likes: the description of the video states that this is the first of many monthly updates to come, so don’t expect this expansive mod to be out anytime soon. But if you feel like you can help, the team is always looking for applicants to help their dream come to life.