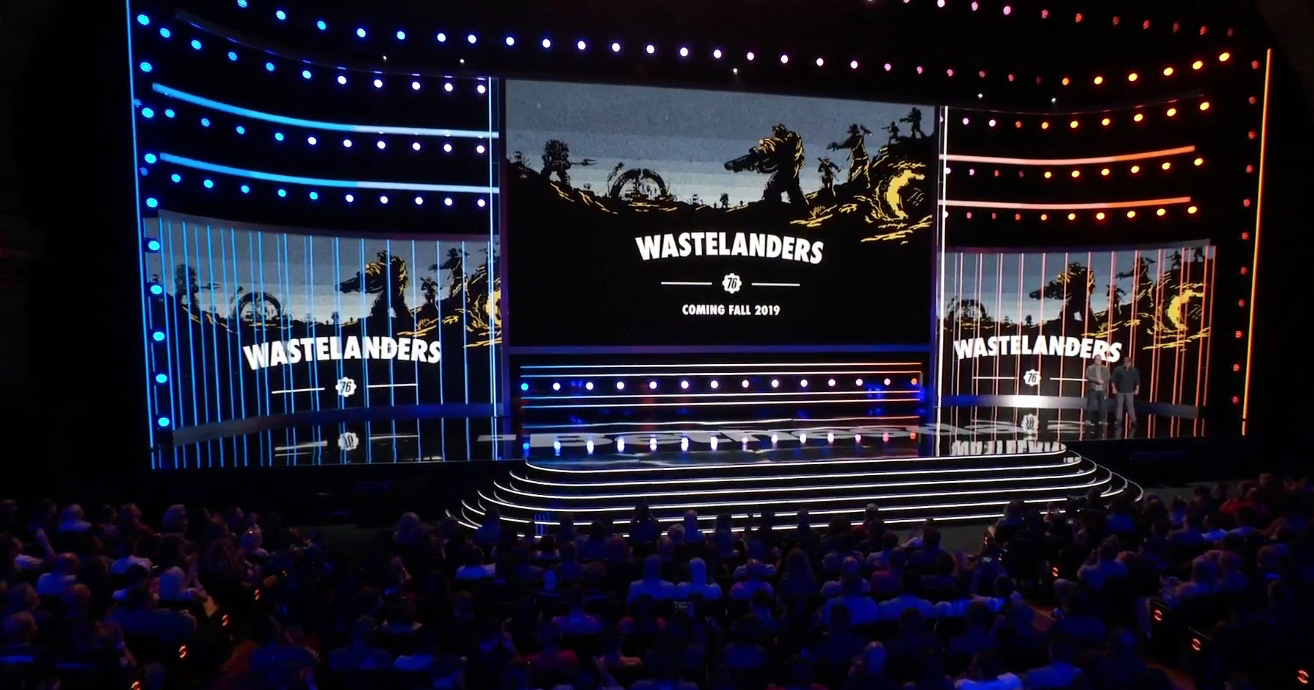 Fallout 76 is hoping to take a page from Final Fantasy XIV: A Realm Reborn with Wastelanders, the major Year 2 update, which will bring human NPCs into the fold alongside a new main quest. The free fall update is also promising “choice and consequences” and the requisite new gear and guns.

“One year after the opening of Vault 76, other humans have returned to Appalachia. Factions of Settlers and Raiders aim to make the world their own and claim a rumored fortune. Embark on a new main quest of choice and consequence, interact with characters and their unique stories, discover the faction settlements of Crater and Foundation, and collect powerful new weapons and armor.”

Elsewhere, there’s, uh, battle royale. 52 players clashing as a ring of fire encroaches on the chaos. Bethesda has confirmed four-player squads, PvE combat against the beasts that usually roam Fallout 76, and player-initiated nukes. It’s on the way this summer as part of the Nuclear Winter update.

During its E3 2019 press conference, developers at Bethesda thanked fans who have “stuck with us” for Fallout 76 and Todd Howard poked some vaguely tongue-in-cheek fun at the game’s launch and ensuing woes which, yeah, that’s one way to look back at how that situation unfolded. We kind of saw that coming, though. They’re not giving up on the game yet, and that’s the important bit.