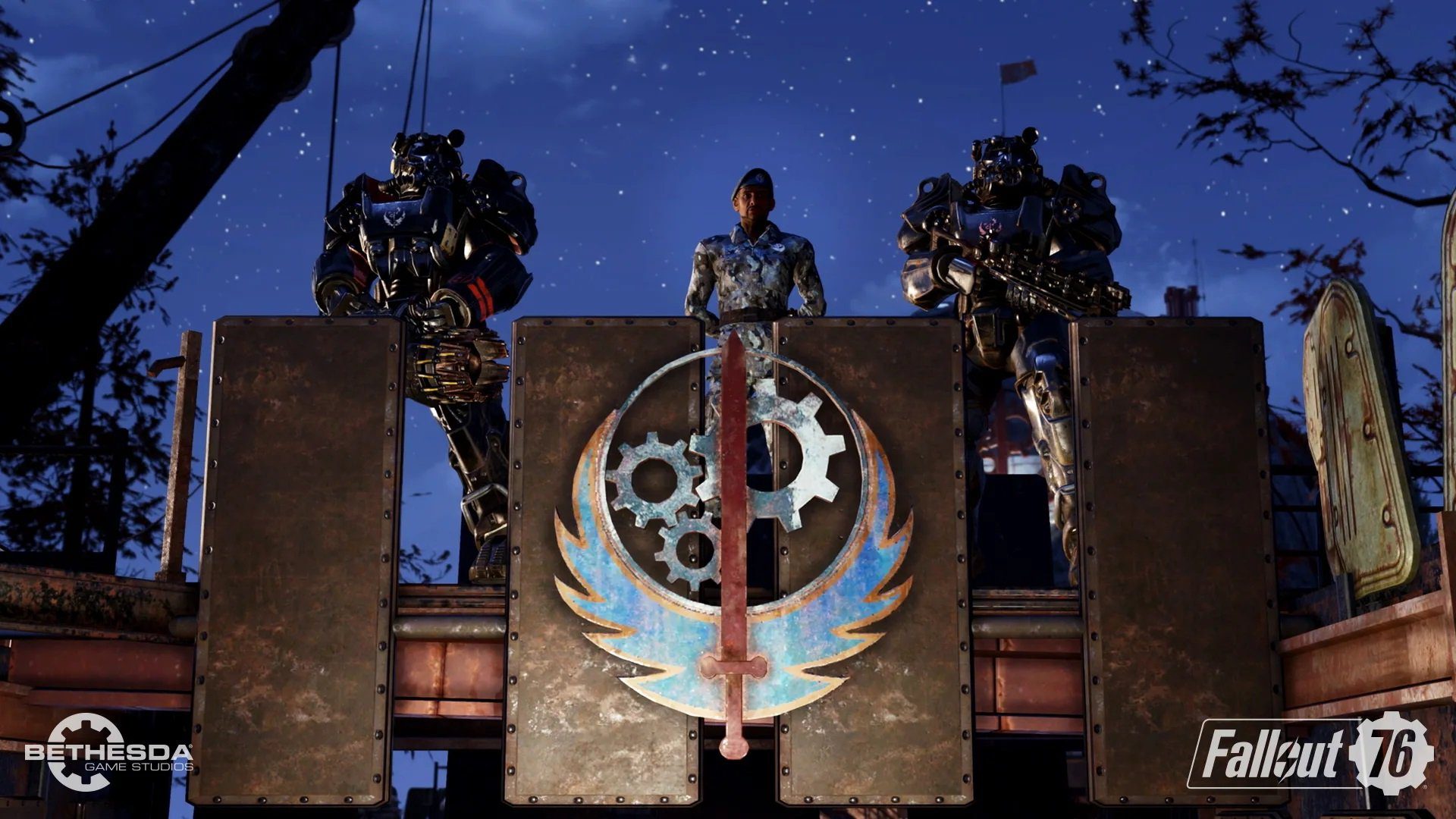 Plus a full overview of Steel Dawn

In its first two seasons, Fallout 76‘s battle passes have looked mostly the same. Some cosmetic decorations, some microtransaction currency, some boosts — it’s all a bunch of stuff that Fallout players want but don’t necessarily need. Next season is going to raise the stakes a bit.

As part of a developer overview of the upcoming Steel Dawn expansion, Bethesda has confirmed that Season 3 will add allies to the list of rewards. There are two who are eligible to join your C.A.M.P. There’s Solomon Hardy who’s a Brotherhood of Steel medic, and there’s Yasmin Chwdhury who’s a chef. They’re both permanent cast members for anyone who unlocks them.

Information about these allies was the rare detour from talking about everything to do with the upcoming Brotherhood of Steel-focused expansion. Let’s bullet-point some of the major details:

That’s it for now. Steel Dawn launches in December as a free update, and the Season 3 battle pass probably kicks off alongside it. Love it or hate it, Fallout 76 keeps rollin’ along.