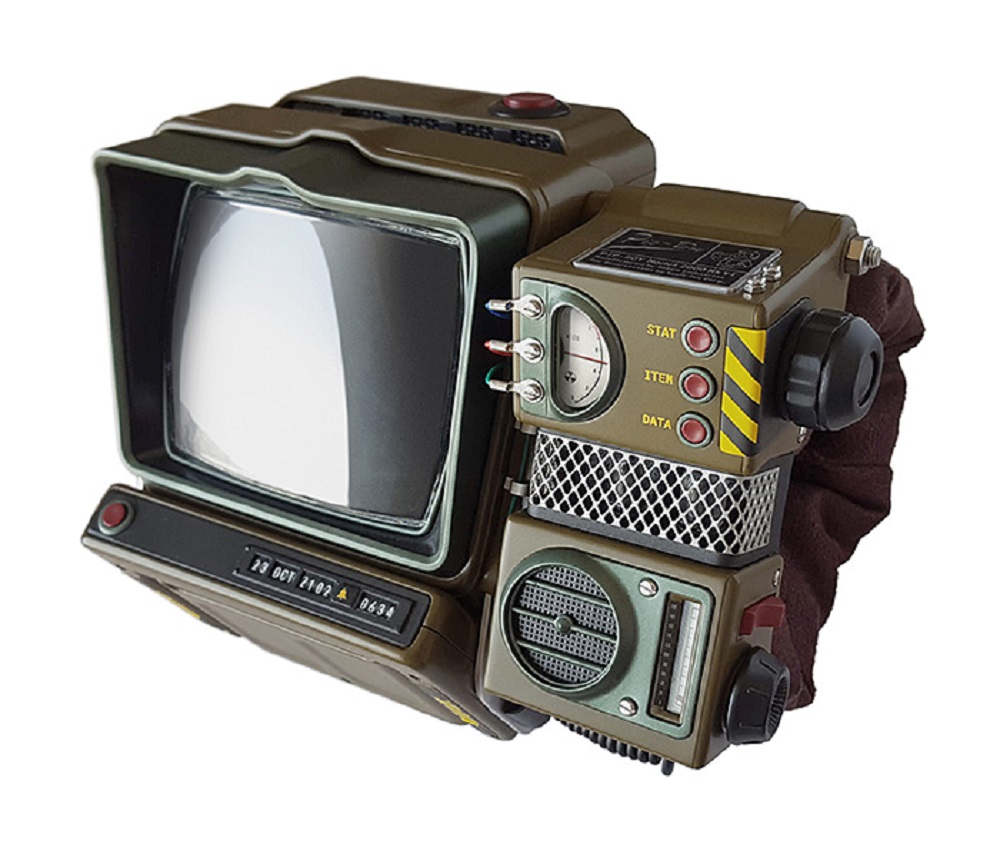 Assemble the model of the future, today!

Amongst all the red hot news coming out this weekend regarding Bethesda’s Fallout 76, gadget entrepreneurs ThinkGeek has opened pre-orders on the Pip-Boy 2000 Mark VI Construction Kit.

The officially-licensed product is based on Fallout 76′s in-game HUD carrier. You receive all the parts necessary in a neat faux-leather case and then (attempt to) put the whole shebang together using the included tools. Although the item has plenty of moving parts and spring-loaded buttons, it must be noted there are no actual electronic components or features, so don’t expect to read your real-life charisma stats, or your home’s inventory, on the finished product’s screen.

Still, a cool little project for die-hard Fallout fans, and a must-have for any vault-dwelling cosplayers. The Pip-Boy 2000 Mark VI Construction Kit can be pre-ordered over at ThinkGeek, priced at around $150. The kits are expected to ship out in Winter 2018. Hopefully not a Nuclear Winter.

Fallout 76 is scheduled for launch November 14 on PS4, Xbox One and PC.