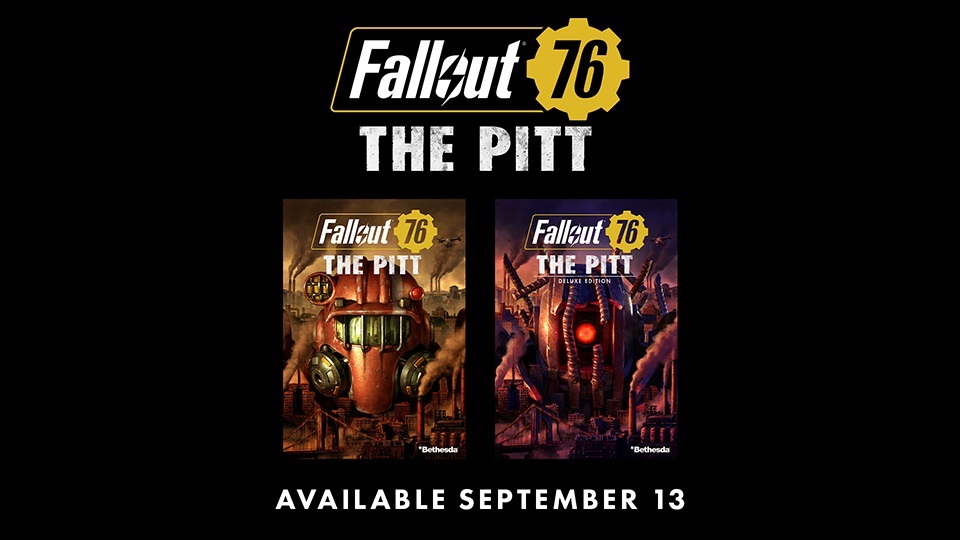 Thanks to QuakeCon, we now have a date for the Fallout 76 Pitt expansion: September 13. And on that day you can pick up a new Fallout 76 deluxe edition. Let’s break down the details.

So the main event of The Pitt, which will be a free update for existing 76 owners, is expeditions. Framed as “large-scale repeatable missions,” you’ll trek to the actual Pitt (Pittsburgh) with up to four players to complete missions and locate items that you can take back with you. The Pitt will also feature a new currency (called stamps) that feeds into the repeatable and grinding nature of the additional setting.

Bethesda also shares how The Pitt is faring now, lore-wise: “Radiation and destruction have warped the once-great industrial city, with citizens mutating into vicious Trogs and a power struggle emerging between the blue-collar Union faction and the Fanatics, a power-hungry band of Raiders. Build an alliance with the Union and learn their background, earning new weapons and armor as you build a reputation with the Raider-besieged faction.” 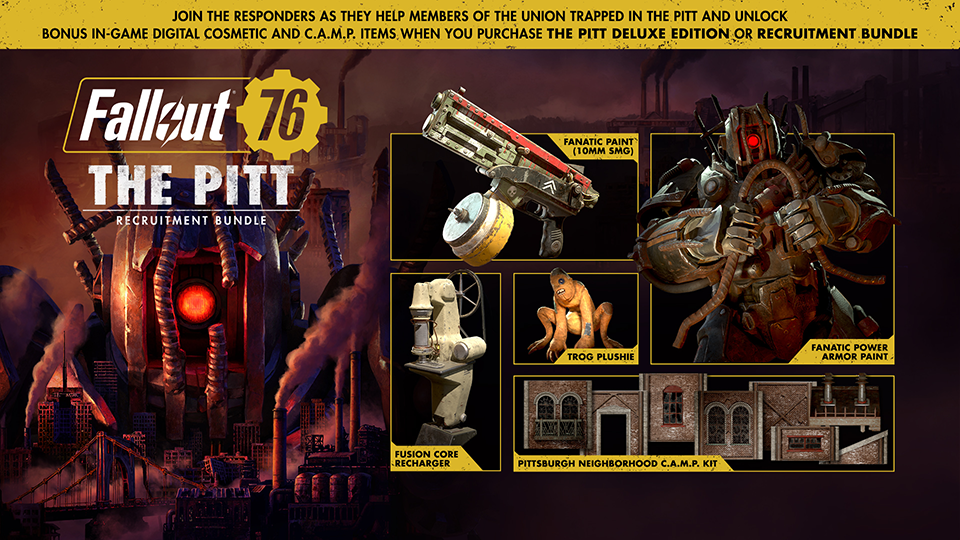 So there’s actually going to be a new “The Pitt” version of the game in both standard and deluxe editions.

Here’s what the digital upgrade bundle entails (all digital content):

You can also opt to get the digital upgrade bundle if you already own the game. It’ll be coming to all platforms come September 13.