Fallout 76 giveth (a new update) and it taketh away planned 2020 content. In this current climate, it makes a whole lot of sense: even if Fallout 76 generally takes more than it gives.

The One Wasteland update is now live, which allows for dynamic level scaling among parties as well as Daily Ops (new repeatable missions); and the ushering in of season 2. But more importantly, Bethesda is tempering out expectations for Fallout 76 in 2020 more than they already have.

Bethesda notes: “while we want to fill 2020 with as much fun as possible, we also want to make sure we have the time necessary to fully develop some of the other features and content we’re planning to release.” As a result, expeditions, extra daily ops and perk loadouts are “moving to 2021.” Steel Dawn, the next major story update that adds more Brotherhood of Steel shenanigans into the game, is slated for “winter” (with a window of “November or December”).

However, it is now a combined update that will result in one giant expansion. In short, Steel Dawn (the preamble/lead-in that was slated for fall of this year) and Fractured Steel are going to drop at the same time. That includes a massive dump of story quests, with more micro-events planned for September through October.

It’s a smart move to ensure that folks are playing through the seasonal system and potentially spending money: instead of getting bored with a half-update and moving on. 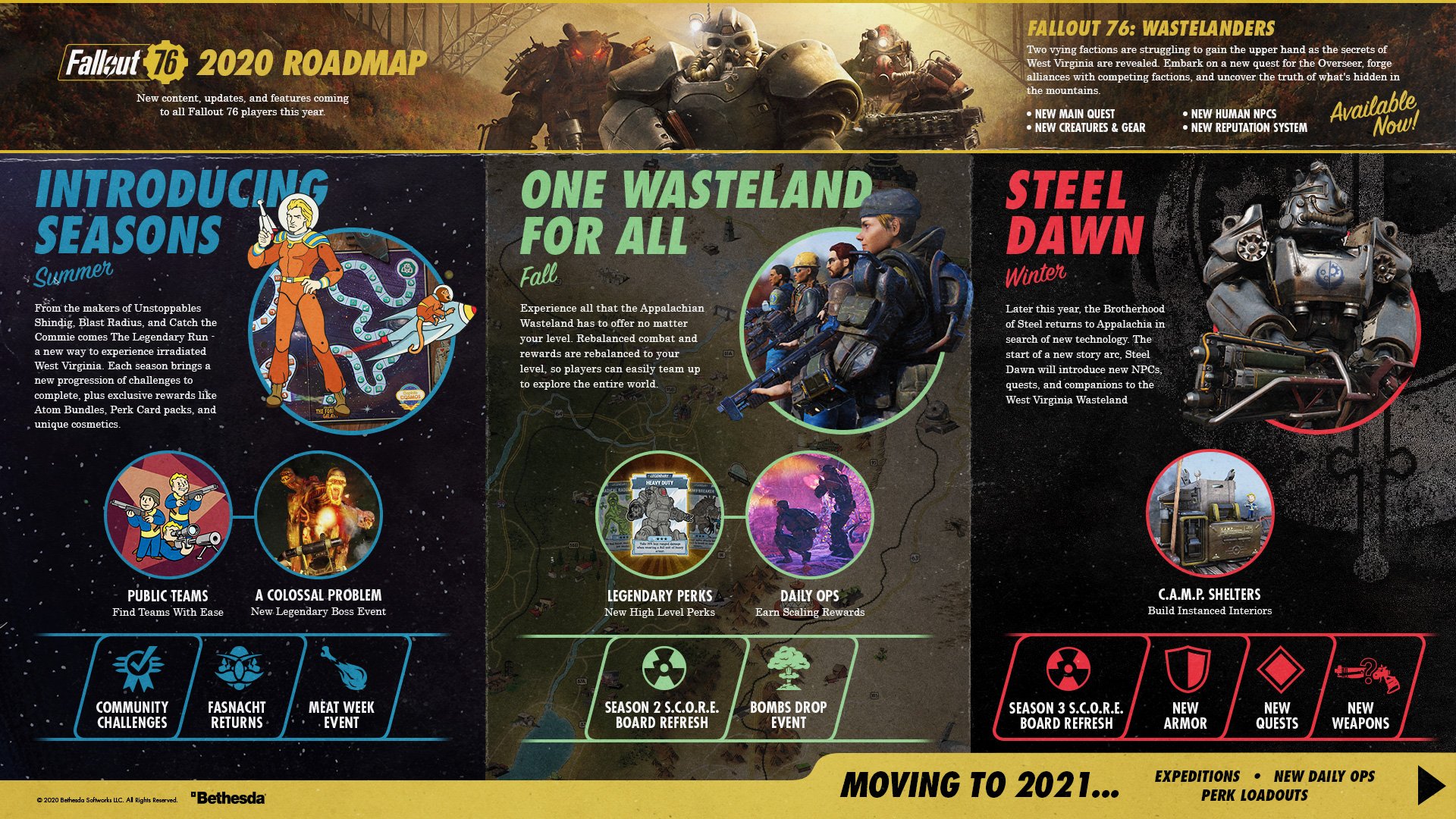