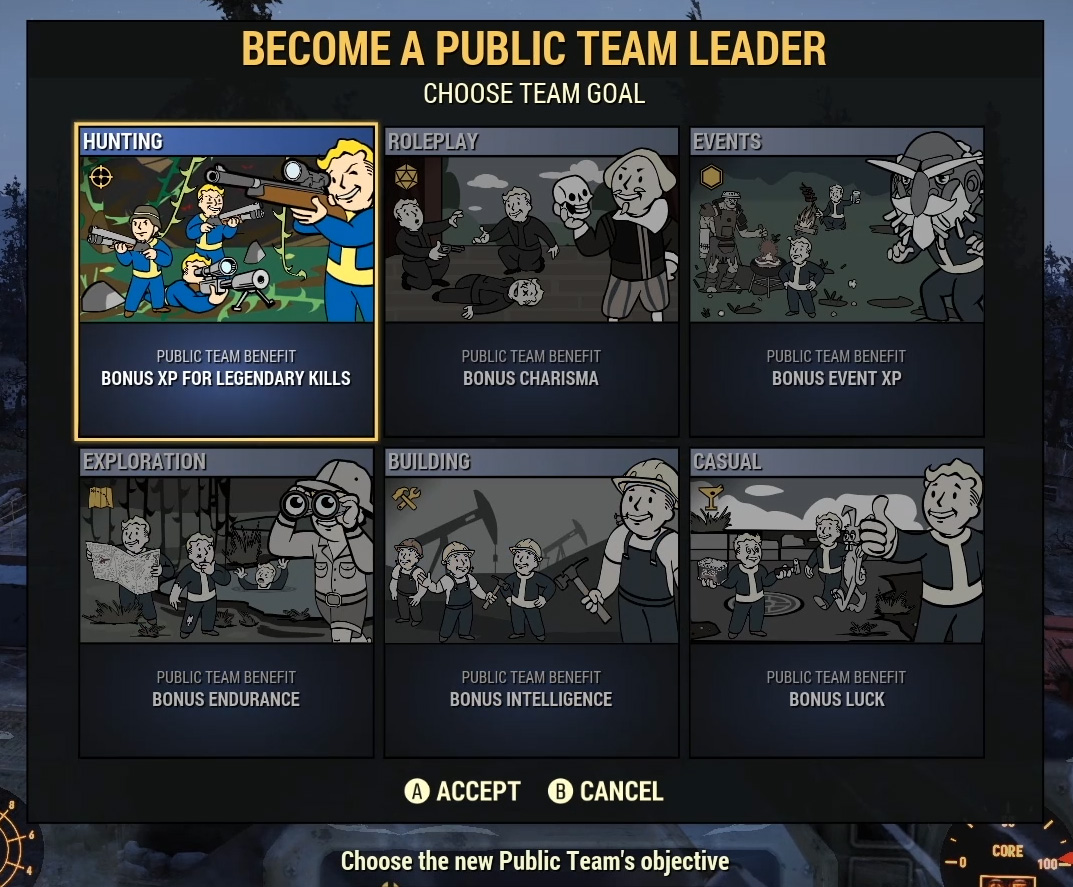 Fallout 76 can be a really lonely experience.

I’m not just talking about the bugs preventing you from playing, but the barebones matchmaking system that really makes the world feel barren. That’s changing now, as Bethesda is finally introducing real matchmaking to 76 in the form of public teams.

This update is a long time coming, and one of the things I wanted most of all (even before some bug fixes) when the game launched. Essentially this is an LFG (looking for group) tool that a lot of popular MMOs use. You can either create a new team using an in-game menu or search for one, then look for other individuals who want to do the exact same activity as you.

In Fallout 76, that list includes hunting, roleplaying, focusing on events, exploring, building or casual play. Each public team focus will net you bonus XP or stats depending on which one you pick, incentivizing folks to actually use the public team system. Honestly, I love it, and it will likely get me to play 76 more often.

All of that is coming in Update 20 soon, and you can either check it out right now on the public test server, or marinate over the specific bonuses below. As a note, private teams are still going to exist in 76, but you can swap to a public team at any time.

In other Fallout 76 news, Bethesda added two-factor authentication (or multi-factor/MFA) to the game. You can head here to set it up: which you should probably do soon, as there are still reports of hackers infiltrating the game.