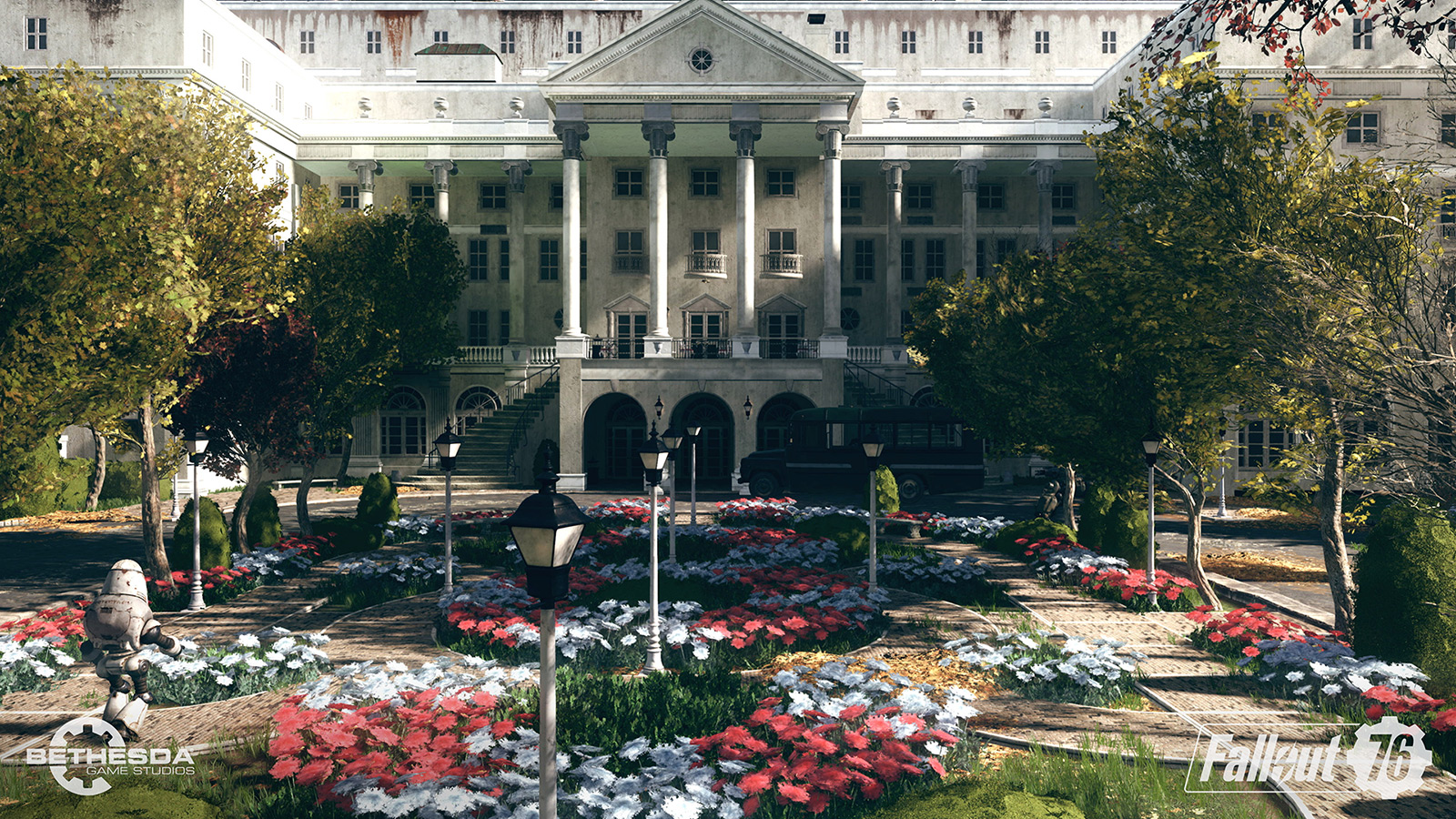 But to what end?

People know it’s coming. The Fallout series is prevalent even among folks who buy a few games a year and don’t typically follow industry news or trends. Call of Duty: Black Ops 4 is a known entity — you’re either into it or you aren’t. The same goes for Red Dead Redemption 2. But Fallout 76? Who knows.

Bethesda is shifting from solitary post-apocalyptic adventuring to online co-op and player-on-player skirmishes, and while this approach will lend itself to creating spontaneous moments and memorable player-led stories, there’s a very real fear that Fallout 76 will feel hollow. As one petition for single-player put it, “the heart of Fallout has always been conquering the wasteland by yourself.”

It’s a risk, but at the same time, it doesn’t take much imagination for me to picture Fallout 76 landing as a huge commercial hit. If the launch-day content is compelling enough to get players invested and Bethesda rolls out regular updates to stave off creeping boredom, Fallout 76 could do well for years to come. It’s crucial for this week’s Xbox One beta test to make a solid first impression.

As you might’ve heard, the humans you encounter outside the vault in Appalachia will be other players, not quest-givers with dialogue trees like in past Fallout games. While that’s going to be an adjustment, Fallout 76 will still have quests and also a main story thread initiated by the Overseer.

“She left secret instructions for you, and that’s kind of the jumping-on point for what we call the main quest,” Bethesda’s Pete Hines told Game Informer. “At the end of it, you launch the nukes. The nukes are a game system, but they are also part of the main story.”

With that setup in mind, it’s interesting to note that factions will be present. Bethesda has been filling in more blanks in recent weeks, most recently confirming the Enclave‘s presence in Fallout 76.

Just before the bombs fell, US leadership re-located to a remote Oil Rig off the coast of San Francisco. The Enclave’s mission – to re-establish governmental control of America from key locations, like a secret bunker hidden somewhere deep in Appalachia… #Fallout76 pic.twitter.com/ISnqcVwheE

Reminder: this is a prequel. In the year 2102, it’s very much still the early days of the wasteland. Fans have put forth some fairly believable speculation about how the Enclave fits into Fallout 76.

“There is a bunker under the Greenbrier Resort in West Virginia that was built to house members of Congress in the event of a national emergency,” notes redditor -IVLIVS. “It’s possible that this is what Bethesda was referring to in their post. It wouldn’t be the Enclave as we know them, though. The bombs destroyed the communications network between the various government shelters. The agenda and equipment of the remnants in West Virginia will greatly differ from the Enclave we’re used to.”

Fallout 76‘s Whitespring Resort looks like a prime location for the Enclave.

On October 23, 2077, the world was plunged into nuclear war. But what if you expected the worst? And planned for it? In Appalachia, a group of doomsday preppers did exactly that. Organized as the Free States, they holed up in their bunkers. And survived. At least, for a while… pic.twitter.com/a85PAvAVCQ

Other groups confirmed for Fallout 76 include the doomsday-prepping Free States, the helpful Responders, the familiar Raiders, and yes, the seemingly-too-iconic-to-leave-out Brotherhood of Steel.

All across America, they were the first to run into danger: the brave fire fighters, police officers and medical professionals who selflessly served their communities. After the bombs fell, they formed the Responders. Their mission – help each other… no matter the cost. pic.twitter.com/CxonTtnqTa

Ruthless. Selfish. Bloodthirsty. Since the day the bombs dropped, Raiders have been the scourge of the wasteland. In Appalachia, Rose is their enigmatic leader. But who is she? And what does she hope to gain, as she watches the carnage from her roost on the Top of the World? pic.twitter.com/yzYNld6xOU

November 2077, a month after the Great War, army Captain Roger Maxson arrived with survivors at the Californian bunker of Lost Hills. There he formed the Brotherhood of Steel, who used a functioning satellite to extend their reach across America… all the way to Appalachia. pic.twitter.com/NjcX8NVGMj

My curiosity for this game is at an all-time high right now.

If you’re looking to take the Fallout 76 beta for a spin, here’s a refresher on the release schedule. The Xbox One beta starts on Tuesday, October 23 and the PC and PS4 betas begin a week later on October 30. “On any given day the game might be up for anywhere between four to eight hours,” according to Bethesda. “Focusing as many players as we can into these windows is our prime objective.”

Given that the beta contains the “full game,” Oct. 23 is bound to be an enlightening day.