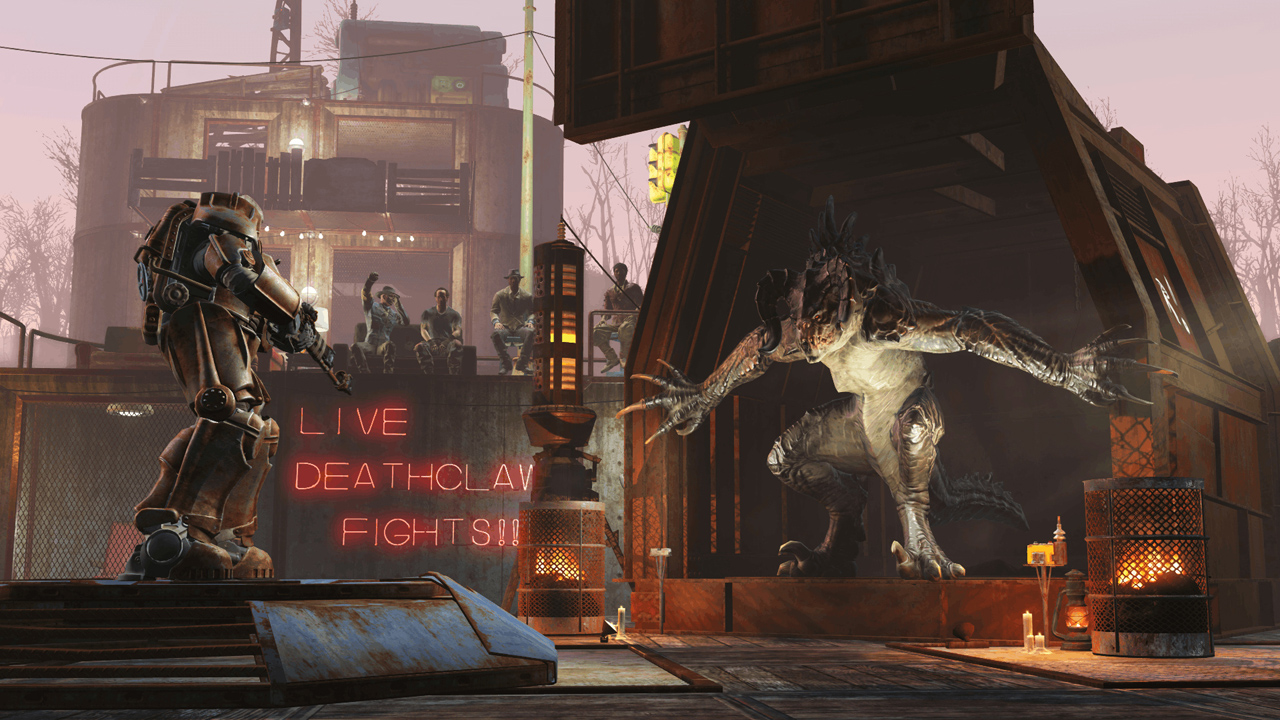 You may want to put the finishing touches on your custom-built robot buddy in Fallout 4, assuming you’re down for the next bit of DLC — it’s coming to all platforms on April 12, 2016.

Wasteland Workshop will let you capture and “tame” creatures like deathclaws (cool!) and human raiders (weird!), and make them fight. This $4.99 add-on pack also adds decorative options — “nixie tube lighting, letter kits, taxidermy,” to name a few — with which to deck out your settlements.

This is the part of the season pass I’m least excited for, personally, but we’ve got something much more substantial coming down the line with the Far Harbor DLC releasing next month. (Please be good.)