And a decent pre-order deal on consoles

Well, Vault Dwellers and Lone Survivors: The release of Fallout 4 is a mere month away. Those who plan to play on PC won’t need a particularly high Science level to get their computers to cooperate. That means they won’t have to pop the Mentats constantly. Good. Those things are addictive as all get-up.

Bethesda has announced the minimum and recommended PC specs for Fallout 4. They seem mostly reasonable for a high-profile game in 2015. Basically, it’s no Battlefront.

Here’s what you’ll need for the best experience with Fallout 4:

If you can’t meet that threshold, the minimum requirements are a bit more forgiving.

Anyone playing on consoles won’t need to worry about all of that. Just load up the game and it’ll work. Magic. But, Bethesda says to set aside 28-35GB of hard drive space depending on territory and language support.

The last important note is an interesting pre-order aside. Everyone who pre-orders a physical copy of the regular edition of the game or the Pip-Boy Edition (which is long since sold out) will get a Perk Poster. The Perk Poster has been featured in the excellent S.P.E.C.I.A.L. series of videos.

Amazon is running a Prime member-only deal on Fallout 4 right now. It shows up as $52.99 once you click all the way through to the order placement page. That’s a thrifty way of nabbing the Perk Poster. But, it’s only for PS4 and Xbox One. PC players don’t get the savings, but maybe they can take solace in the fact that their machine can probably actually run the game. 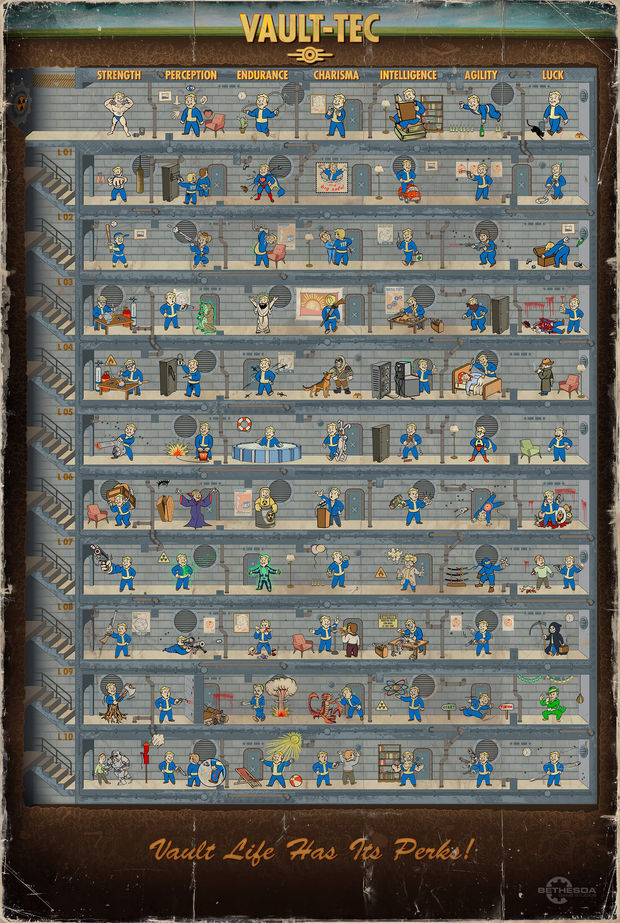