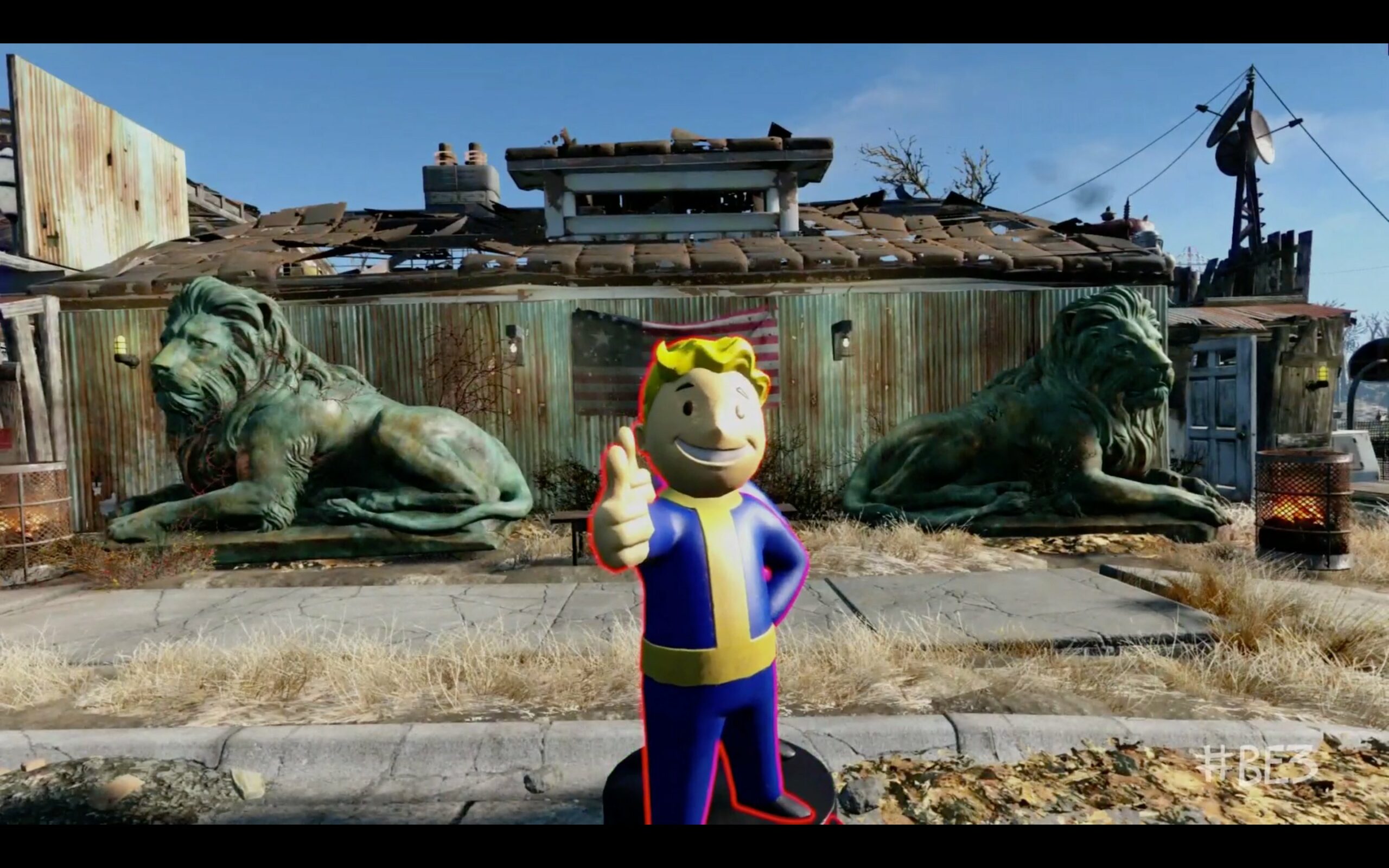 Bethesda dove right into its E3 2017 press conference with back-to-back virtual reality games. First there was Doom VFR, which, hell yes. That can and should be good. Next, we got a peek at Fallout 4 VR, due out this October on PC for HTC Vive.

“Featuring new combat, crafting and building systems fully reimagined for VR – including VR-enhanced V.A.T.S. – Fallout 4 VR isn’t just a jaunt through the Wasteland, it’s the entire game,” reads the announcement. “The whole world is fully explorable. That includes hundreds of locations, characters and quests. This is your opportunity to step into the Wasteland and experience Fallout 4 in a whole new way.”

While I’m not so sure I’d want to return to this story, roaming the wastes in VR could be inherently enjoyable (and I can see the hours just flying by). The footage shown today doesn’t really impress, but that’s not unexpected for a trailer of a VR game.