You can play Donkey Kong on your Pip-Boy

The character creator takes place in a mirror and adjustments happen in real time. And, yes, you can play as a woman. The characters are voiced. They have a baby! And a robot! The warning sirens blare and the family runs for the vault. Cue explosion and fade to black. You ultimately live, according to Howard, but emerge 200 years later as the sole survivor of Vault 111.

You quickly meet up with a dog, your new best bud, and can trade with the pooch. You can also hunt giant mole rats, if you’d like. Ugly beasts. V.A.T.S. is back, so target those heads. The Pip-Boy returns, but with a new look and functionality, including playable mini games like “Red Menace” (a Donkey Kong clone). Neat stuff. It’s all about the little details, according to Howard.

You’ll be able to build your own houses (and a dog house!) in real time, speaking of details. Fill your home with bobbleheads. Also, holy crap, you can even run your own power lines for turrets and the like. Traps and fortifications will be needed to keep raiders at bay. Crafting extends to weapons and power armor, too. Bethesda played a time-lapse video and the options are overwhelming.

A clip later confirmed this by showing the player achieve an explosive headshot with a teddybear. 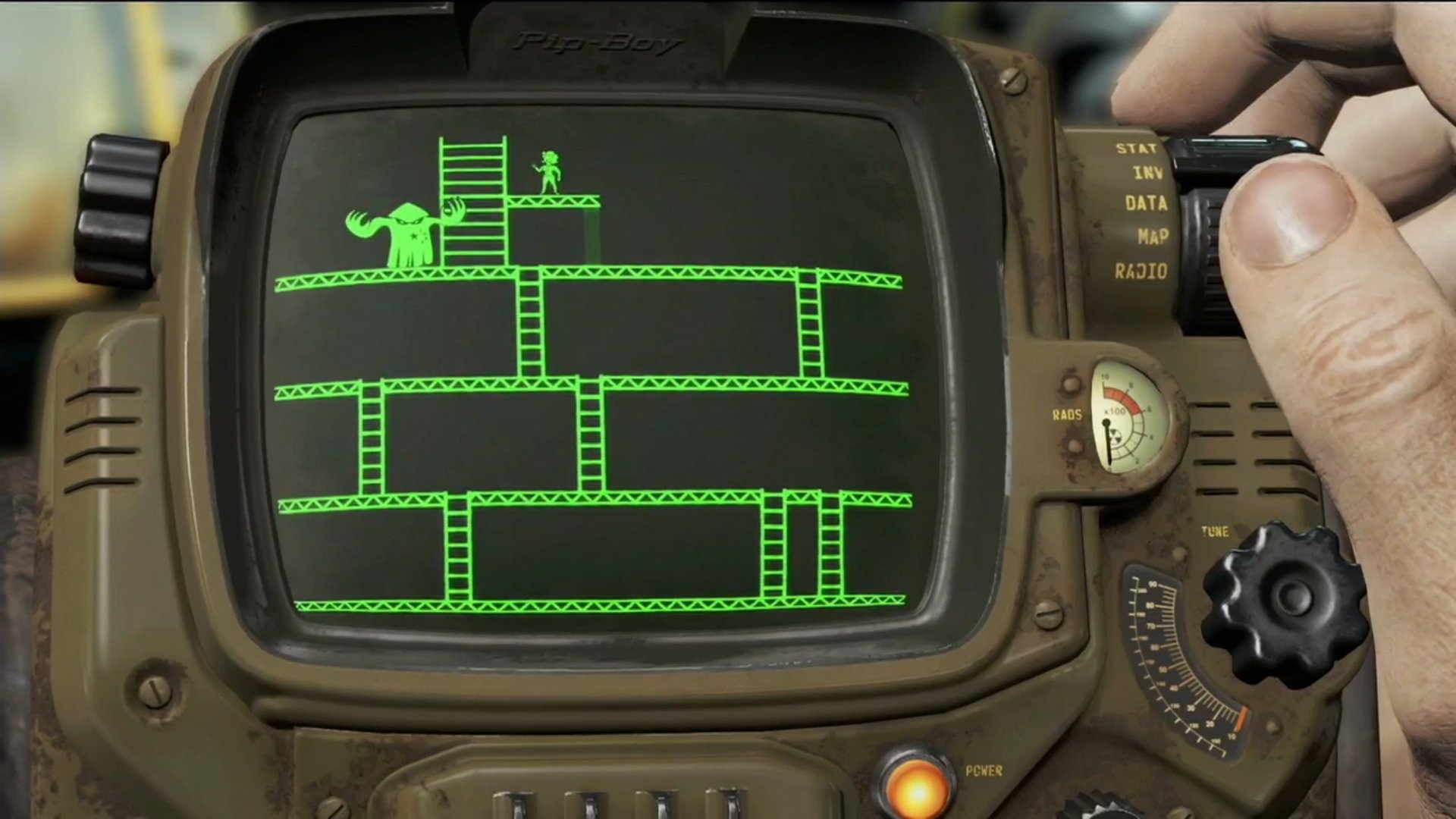