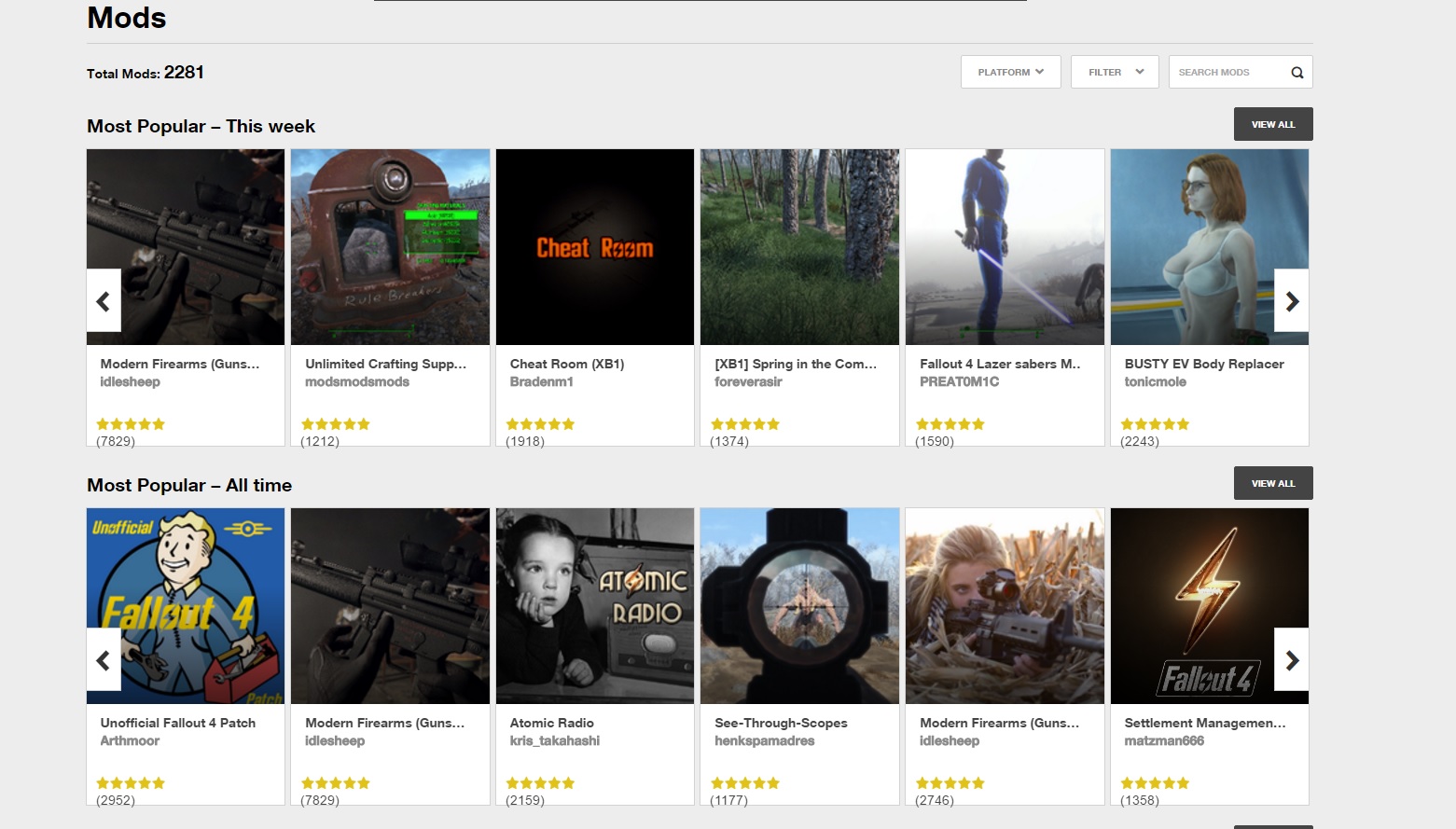 PS4 is coming later in June

As promised Bethesda has finally added modding capabilities to the Xbox One edition of Fallout 4, and you can go to the official site to check out what’s available. The system has already had a lot of drama in the past 24 hours, with mods that allow you to kill kids getting removed, busty mods entering the picture that skirt the “no nudes” restrictions, some concerns with massive “meant for PC” alterations like Re-Growth, and connectivity issues.

Also note that achievements will be locked if you use any mods on that particular file. PS4 mod support will be here soon enough, though no official date has been locked down.