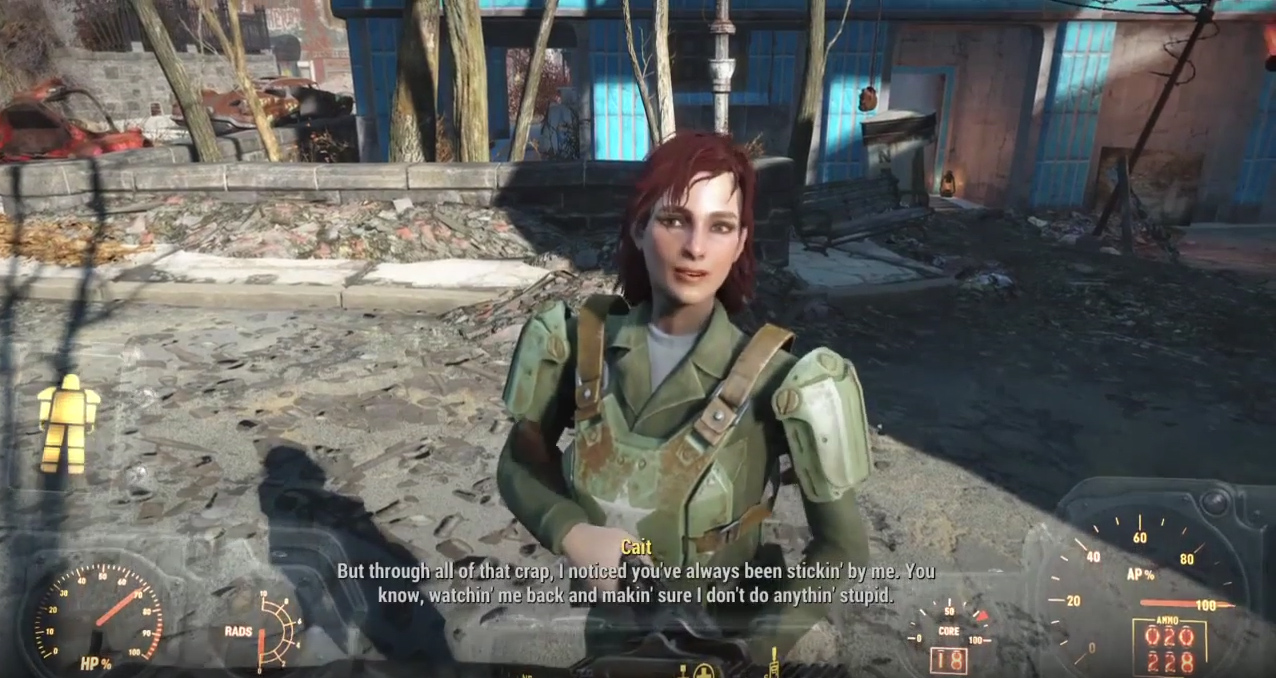 Much has been said about Fallout 4‘s imperfect dialog system, but I haven’t seen many people bring up the weird, occasionally hilarious things that can happen to you mid-conversation.

This ten-second video is one such example. Perhaps even the perfect example.