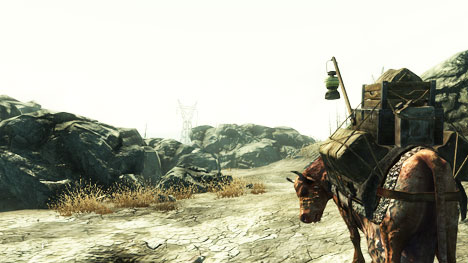 Our hearts goes out to many gamers in India who will never have a chance to play Bethesda’s Fallout 3. Microsoft, who were set to exclusively distribute the title in India for the Xbox 360, has announced that the game will not be released in that territory.

“Microsoft constantly endeavors to bring the best games to Indian consumers in sync with their international release,” said Microsoft India in a statement. “However, in light of cultural sensitivities in India, we have made the business decision to not bring Fallout 3 into the country.”

When contacted, Bethesda wouldn’t comment on the situation, and Microsoft’s “cultural sensitivities” statement is broad, so we’ll allow you to draw your own conclusions. To help you do so, we’d like to direct you to the above image of part of Fallout 3‘s wildlife, an irradiated, two-headed brahman cow. (For the record, two-headed brahman meat is tasty, but whether the +3 Rads is worth the +10 HP is entirely up to you.)