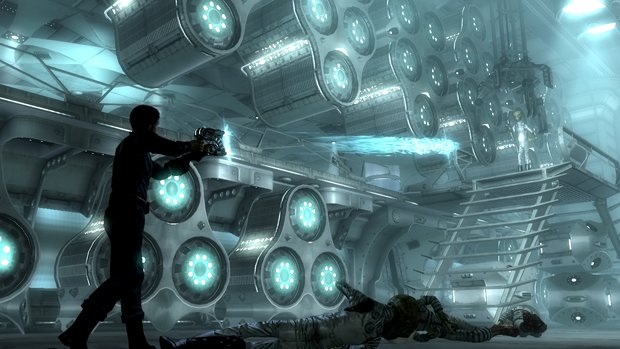 Yesterday, we went into detail about some of the new weapons and items that could be found in the upcoming Fallout 3 downloadable content pack, “Mothership Zeta.” This was perfectly fine for people with a vivid imagination, but for everyone else? The lack of images was killer.

Bethesda has remedied the situation by bringing out three new images today. Two of them depict the aforementioned weapons, while the third is a great shot of the titular mothership floating calmly in space.

And after thinking it over again, I guess I wouldn’t say the aliens are cute so much as they are dead. The $10 Fallout 3 add-on will be hitting Xbox 360 and PC on August 3 for those wanting a significant change of scenery in the game.